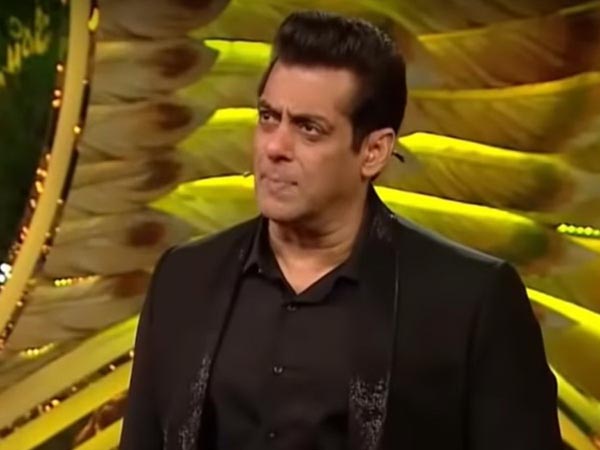 On the latest episode of Bigg Boss 15, Salman Khan royally grilled all the contestants especially Karan Kundrra. Abhijit Bichukale, frustrated with Salman’s harsh comments, even said he wanted to leave the show.

At the beginning of the episode, Salman Khan once again drew similarities between the two queens of the house – Tejasswi Prakash and Shamita Shetty while talking about the Ticket to Finale task.

Salman said that Karan didn’t help Shamita in the previous task in which they had to stand emotionless. Karan was the taskmaster and decided to stop the task, declaring none of the contestants as winners.

Salman criticised Karan’s decision and said that he doesn’t take a stand for any of his friends.

He took Rakhi Sawant’s exampled to show how friends stand for each other, by hook or by crook. But Karan doesn’t have the quality, he said.

Salman then asked Karan Kundrra why he always asks Tejasswi to apologise to his friend Umar Riaz. Salman felt that Karan didn’t treat his girlfriend well and told Karan, “What the f***k, take a f*****g stand, be a man.”

Discussing the task, Salman said that Rashami and Umar were trying to make Shamita win the task. To this Tejasswi said, “I knew it,” which irked Shamita as she thought Teja was accusing her of plotting.

Later, Abhijit Bichukale got a dose of scolding from Salman for abusing in the house. He told Bichukale that he will beat him in the house if he continues this behaviour.

After the grilling session, Tejasswi and Shamita had a chat about their issues with each other. Tejasswi told Shamita that she liked Pratik more than her. Shamita asked Tejasswi why she bears Rakhi’s rude comments on Tejasswi and Karan’s relationship. Tejasswi had no reply to that question. Salman Khan announced that on Sunday’s episode’s Umar Riaz’s fate in the game will be decided.