* Traffic jam started after thousands of tourists got stuck in heavy snow
* Police says most had frozen to death in their cars, others died from asphyxiation
* Islamabad police officer, his wife and six children among those dead
* Pakistan Army, civil-armed forces deployed to evacuate tourists from Murree 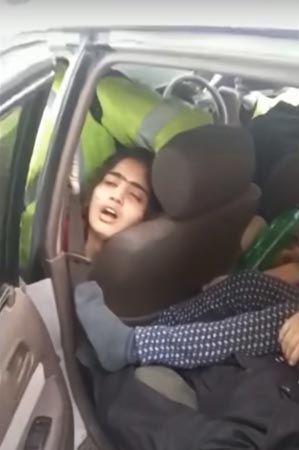 At least 22 people including 10 children have died after a heavy snow storm left an estimated 125,000 cars stranded in Murree.

Eight of the fatalities were from the family of Islamabad police officer Naveed Iqbal, who died alongside his wife and six children.

Police said most people had frozen to death in their cars but that others may have died from asphyxiation after turning on their vehicle’s heaters to keep warm after getting stuck on the road.

More than four feet of snow fell in the hillside town overnight on Friday, trapping tourists and blocking all incoming traffic to Murree. The federal government deployed personnel of the Pakistan Army and other civil-armed forces for rescue operations in Murree. 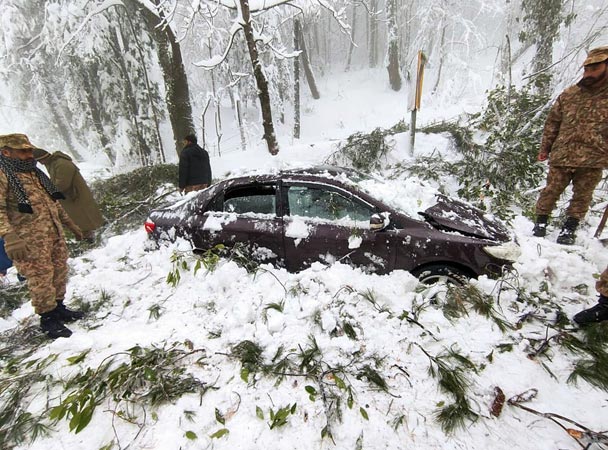 All the routes in Murree were blocked for traffic after thousands of vehicles entered the city at a time when “unprecedented snowfall” took place. In a video message, Interior Minister Sheikh Rasheed said the crisis unfolded as Murree witnessed “a huge number of tourists after 15-20 years”.

Rasheed said the government was forced to close the road from Islamabad to Murree. “Islamabad and Rawalpindi’s commissioners, deputy commissioners, and police are carrying out rescue operations,” he said.

The interior minister said five platoons of the Pakistan Army have been called in for rescue efforts, while Rangers and Frontier Corps will be deployed on an emergency basis. “At least 1,000 vehicles have been stuck since last night […] some have been evacuated; 16-19 deaths took place in cars. The locals provided food and blankets to the stranded people.” 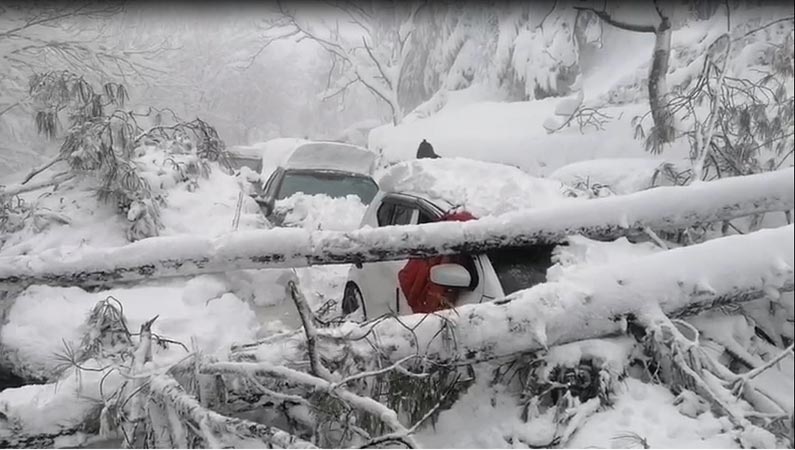 SHO Murree Police Station Raja Rasheed said, “There has been over 4 to 4.5 feet of snowfall in Murree. There has never been this much snowfall in this area.”

He said that most of the people who died in Murree did not die due to the cold, they died as they left their heaters on in the car and went to sleep. “The fumes from the heater killed them.”

Tayyab Gondal, the cousin of Naveed Iqbal, a police official who died in Murree, blamed the “incompetent” government for his relative’s death, as he broke into tears.

Talking to a private TV channel, he said scores of vehicles have been stuck in Murree for the last 24 hours, while as many as 4,000 vehicles were stranded on the Nathia Gali Road. “The road from GT Road to Murree was clear; the flow of traffic stopped as soon as we entered Murree. The local administration did not stop us at the toll plaza,” Gondal said. Gondal said: “Had it not been for the government’s negligence, my family members would still be alive. The [death of the people] is due to the government’s incompetence.” “We have tourist spots but no one to look after them,” he said. 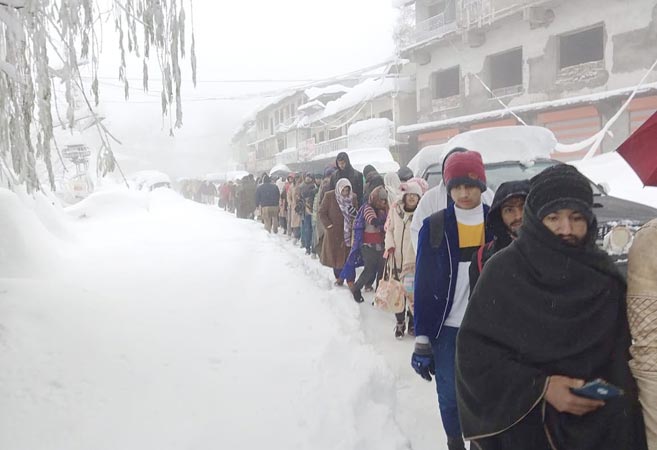 He added that several families are still waiting for someone to rescue them. “I sent my live location to [the local administration], but no one reached out to help me.”

Earlier, Sheikh Rasheed had appealed to the tourists, especially families, to refrain from travelling to Murree and Galyat.

He had maintained that the tourists will not be allowed to go beyond 17 Mile Interchange. However, citizens with an extreme emergency will be granted permission to travel to Murree and Galyat.

Similarly, Information Minister Fawad Chaudhry said that a large number of vehicles were heading towards Murree and other hilly areas, making it impossible for the local administration to facilitate them.