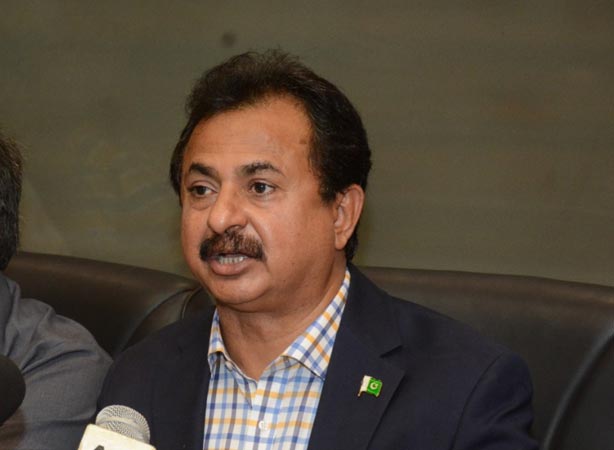 Leader of the Opposition in Sindh Assembly, Haleem Adil Sheikh, Saturday, said that strong provinces are guarantee of a resilient Pakistan as federating units serve as foundation of a federation.

He, while addressing ‘Pakistan and federalism convention’ organized by The Intellectual Forum here at Karachi Press Club, also stressed on need of national unity and harmony while keeping personal interests aside to strengthen the Pakistan and ensuring safety, security and welfare of the nation.

He said “Pakistan came into being in the name of Islam and we are a single nation so all the political parties should desist from fanning hatred on ethnic, linguistic and geographical basis.” Short sighted politicians who were conspiring to weaken the federation must not forget that they were actually weakening the people of all its federating units, he added.

Haleem Adil Sheikh said that he supported stance of people of Sindh against Kala Bagh dam project but it must be understood that natural gas, electricity, river, sea, ports and other natural resources were actually national resources and all the provinces had equitable right over them.

The 18th constitutional amendment was a hallmark amendments which provided for devolution of authority to grass root level so that all the basic facilities including health and education could be ensured at the lowest level of governance, Haleem maintained and called for implementation on the amendment with letter and spirit particularly in Sindh.

He said that Sindh received Rs. 8.9 trillion in previous 13 years but only Rs. 1.6 trillion were utilized for development of the province while provincial planning and development department indicated that 44% of the utilized amount went into corruption.

PPP always blamed federal government for not providing due share of the province from divisible pole but advocates of NFC did not convene Provincial Finance Commission throughout their tenure in Sindh and kept all the areas deprived of their due share of resources, Haleem noted adding that it was vital to strengthen people of Sindh by ensuring their access to education, health, clean drinking water and other basic facilities at their door step.

PTI opposes Sindh Local Government Act 2013 because it violated Article 140-A of the constitution that required devolution of administrative, financial and political authority to local governments, he stated adding that strengthening LG system was also essential for strengthening the federation.

Haleem alleged that PPP in Sindh was following footprints of Sheikh Mujeeb and they have fulfilled four out his(Mujeeb’s) 6 points while work was continue on the fifth- mobilization of force at provincial level in the name of provincial police cadre. He added that several Sindh based senior PSP officers like Sanaullah Abbasi and Bashir Memon belonged to federal service and those sons of Sindh served at federal level but PPP disliked them because they had not supported illegal systems of PPP.

PPP handed over thousands acres of land to a private housing project and the same company was given control of three islands silently but when federal government came up with proposals for development of the same islands PPP termed it invasion on Sindh.

PPP did the same when Supreme court directed to take over three tertiary care hospitals of Karachi for improving their management, he said adding that PPP adopted the same anti federation narrative when overall tax collection declined following Covid-19 and consequently share of provinces shrunk.