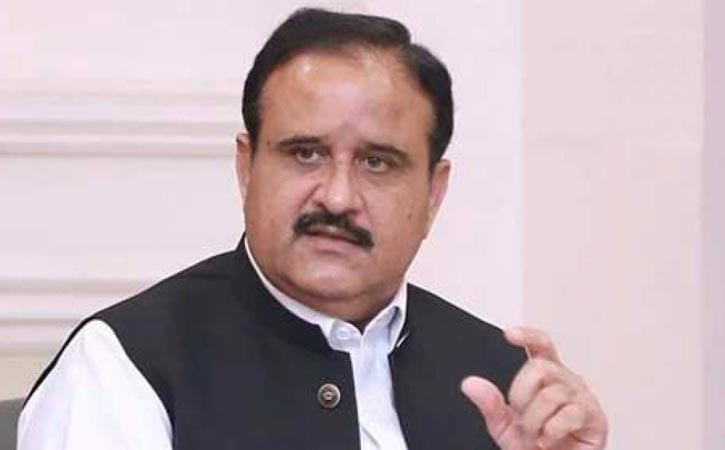 Meanwhile, Chief Minister Usman Buzdar on Friday inaugurated the state-of-the-art Center of Forensic Sciences Training Lab at Punjab Forensic Science Agency. He inspected different sections and appreciated the most modern training facilities along with planting a sapling outside the lab.

While addressing the ceremony, the CM announced that the government would provide one billion rupees for the purchase of modern equipment for the Punjab Forensic Science Agency. Like forensic science, Rescue 1122 has been revamped and rescue air ambulance service would also be launched in Punjab by June, he added. This is an honor that a state-of-the-art training lab has been set up at a cost of Rs 1.90 billion. 16 forensic labs have been set up in the training lab which would also provide training facilities to line departments about the latest trends in 14 fields of forensic science, he added.

The PFSA was working in a modern way to investigate cases. The staff has been recruited for the Center of Forensic Sciences Training Lab while Punjab Food, Drug and Agriculture Authority building would be completed soon by providing necessary resources, he said. The staff of Khyber Pakhtunkhwa, Sindh and Balochistan provinces would also be trained in the Center of Forensic Sciences Training Lab to enhance their professional capacity. This facility would also benefit police, prosecution and courts in cases’ investigations, he remarked.

During the last three and a half years, Punjab Forensic Science Agency has traced all the high-profile cases by conducting investigations on modern lines. The police have worked hard and the accused in the cases have been brought to justice, he noted. Meanwhile, 12,000 new recruitments are being made in the police. One hundred police stations buildings are being constructed and the scope of model police stations has also been expanded, he stated. 650 new vehicles have been provided to the police. These steps have raised the morale of the police, he added.

The crime rate in Punjab has come down by 44% in the last four months. Rescue 1122 has been extended to 86 tehsils and 350 new ambulances are being procured for it. Allowance has been given to the employees of Rescue 1122. These measures would benefit the people as they would be provided service at their doorstep, he stated. Divisional centers of Punjab Forensic Science Agency would be activated and a pilot project would be launched in South Punjab in the next financial year, he added and informed that DG PFSA would be recommended for civil award. Provincial Minister Raja Basharat and ACS (Home) have also worked hard to enhance the capacity of this institution, he said and asked the PFSA staff to continue their duties with zeal.

Meanwhile, Chief Minister Buzdar has ordered timely drainage of rainwater from low-lying areas due to incessant rains in different cities of the province. In a statement issued on Friday, the CM said prompt steps should be taken by WASA and field Administration for drainage in minimum time. Necessary resources should be utilized and officials should go out in the field, instead of sitting in their offices, to facilitate the citizens. Similarly, effective arrangements should also be made to keep the traffic flowing during the rains, concluded the CM.

Chief Minister Buzdar has directed the administrative and traffic police officers to take more effective measures to ensure the smooth traffic flow in Murree during snowfall. He directed that travellers should be provided the best facilities by adopting the best traffic management so that they cannot face any difficulties in Murree during snowfall. He also directed to use social media for updating the tourists regarding traffic situation.

The Chief Minister directed traffic management plan should be implemented in an effective manner besides taking prompt action on the complaint of overcharging in parking fee. He said that the administration and traffic police made effective arraignments in Murree during the recent snowfall. He said approximately one lakh vehicles entered Murree during the recent snowfall season whereas the area has a capacity of 4,000 vehicles.