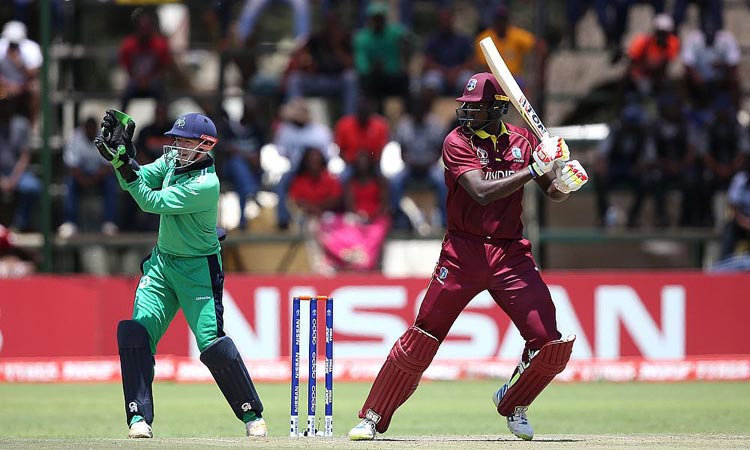 KINGSTON: Ireland head into Saturday’s first one-day international against the West Indies understrength and underfire after struggling badly in the USA leg of their tour. Star opening batsman Paul Stirling and all-rounder Shane Getkate have both been ruled out of the first of the three-match series after testing positive for Covid-19 in Florida but Ireland’s problems lie deeper than that. The Irish, who chalked up famous World Cup wins over Pakistan in 2007 and England in 2011, have consistently failed to live up to their relatively new status as a full member of the ICC, most recently when they were outgunned by associate member USA in the opening T20 last month.

They recovered to edge the second match narrowly before seeing the ODI series cancelled because of Covid. That defeat to the Americans, though, underlined captain Andrew Balbirnie’s comment before the tour that “nothing suggests we’re a Test-playing nation bar the name” and followed a lacklustre T20 World Cup campaign that saw them eliminated by Namibia, another associate ICC member, before the Super 12 stage of the tournament. That loss, and Ireland’s failure to progress at either grass roots or international level, saw coach Graham Ford stepping down in November.

Heinrich Malan was named this week as his replacement but the 40-year-old South African will not come on board until March. “Alarm bells ringing in place of jingle bells for troubled Ireland cricket” ran the headline in the Sunday Independent just after Christmas. The West Indies tour, which will bring qualification points for the 2023 50-over World Cup, got off to a limp start with a crushing five-wicket defeat by Jamaica on Tuesday – the home side knocked off the 235 they needed to win with 68 balls to spare.

The one glimmer of light for the Irish is that the West Indies have also been hit with Covid which has ruled out Evin Lewis, Fabian Allen and Anderson Phillip. Andre Russell has been overlooked in spite of his recent spell in the Big Bash League while there is no room for Shimron Hetmyer, West Indies’ leading run-scorer at the T20 World Cup, who took a broadside from coach Phil Simmons for being unfit. “It’s something that’s heart-wrenching because you know that you’re part of this team and you have to continue to have a certain fitness to be part of this team, and you keep letting down your team-mates,” said Simmons when the squads were announced on New Year’s Eve.

Nor is Chris Gayle included in the T20 side prompting suggestions that, at the age of 42, the great man is finally being pensioned off. The two sides will play three ODIs followed by a one-off T20, all at Sabina Park. The two-time world champions then travel to Barbados to face England in five T20Is at Kensington Oval from January 22 to 30.