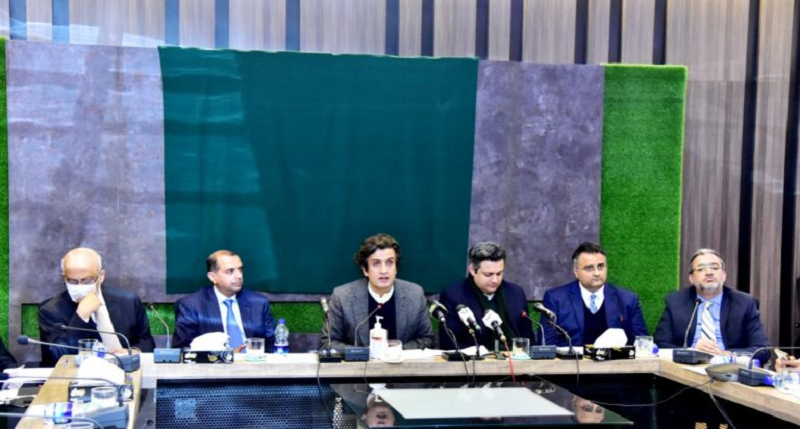 ISLAMABAD: Federal Minister for Industries and Production Khusro Bakhtyar has said the government has provided a subsidy worth Rs400 billion for the development of agriculture sector and ensured uninterrupted gas supply to the fertiliser industry to boost agriculture production in the country.

Addressing a press conference along with owners of fertiliser industries in Islamabad on Friday, the federal minister said the government has also launched a web portal to monitor urea production and supply. He said dealers’ names, locations and truck numbers have been entered in the ‘tracing system’ by the manufacturers in real-time to help monitor the fertiliser transport. “The government is taking all these steps to control smuggling of urea bags.”

He added: “All deputy commissioners have access to data of their districts and ground staff approaches the dealers and verifies the amount on arrival. Once urea arrives, it is sold at a controlled rate by the dealers under supervision of district/agri administration.”

He said in the international market, urea is being sold at the rate of Rs11,000 per bag whereas in Pakistan the price per bag is only Rs1,800. The minister said 2 million bags of urea fertiliser have already arrived at the port and if needed, more fertiliser would be imported.

He said that tender in compliance with the import decision by the government was issued by the Trading Corporation of Pakistan on October 22, 2021 and opened on November 22, 2021. He said the government of China has offered a supply of 100,000 tonnes of urea on a government-to-government basis.

Khusro said due to effective actions and prompt management there is no stress on prices of urea as it would remain stable, adding sowing of wheat has been completed in irrigated areas of Punjab and Sindh.

The minister said due to the prevailing rain spell, demand is expected to be on the lower side till January 9 and during the rain period from January 6 to 9, daily dispatch of the fertiliser remained at 19,000 tonnes.

He said the supply would be increased from 10th to 31st January up to 22,000 tonnes on a daily basis. He said the current demand is mostly panic-driven and fuelled by the middle man which is not historically a part of the supply chain of urea.

He said the farmers should make sure that they would get adequate urea at a controlled price in January, February and March.

“Farmers are requested not to engage in panic buying and avoid purchasing of urea to be used in February and March as this would save the country from price hike and unnecessary struggle to get urea in a long queue,” he added.

Meanwhile, Minister for Energy Hammad Azhar said this year, the PTI government ensured the provision of uninterrupted gas supply to the urea plants that led to achieving the country’s highest-ever production in the fertiliser sector.

With historic gas supply at the cheapest rate, the minister said the urea plants brought their production to the record highest level of 25,000 tonnes per day.

Hammad said the government is providing urea to the farming community at Rs1,800-1,900 per tonne, which is being sold at around Rs11,000 per tonne in the international market.

“Provision of inexpensive gas to urea plants has the key role in the availability of fertiliser at the reduced rate as compared to the international market,” he said.

This big difference in rate, he said, was one of the main reasons behind the shortage and smuggling of the urea. He assured that the authorities concerned were making all-out efforts to prevent its smuggling. Hammad said as per the projection of owners of fertiliser plants, millions of tonnes of urea would be available in February with ‘stock inventory’ building up.

The fertiliser mill owners said the production of wheat, corn and sugarcane witnessed a record increase during this season. They said due to gas shortage, gas supply to the mills was usually halted in the past but for the first time, the government has ensured uninterrupted gas supply to all fertiliser industries during the whole winter season.

He said due to positive policies of the government, production of the crops is increasing and per acre yield is also being raised.