Government committed to take steps for welfare of journalists: Fawad 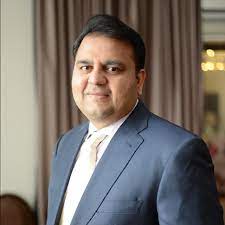 ISLAMABAD: Minister for Information and Broadcasting Chaudhry Fawad Hussain on Friday said the government believed in freedom of the press and it was committed to take steps for welfare of the journalists.

The minister said this in a congratulatory message to newly elected office bearers of Press Association of Supreme Court.

He said that the Supreme Court coverage was a very important and sensitive and court reporters were fulfilling this responsibility with an efficient manner.

The minister remarked the the services of court reporters in providing information to the public on legal matters and important court decisions were commendable.

“We will provide health cards to journalists on priority basis,” Chaudhry Fawad assured.

He said that health cards would enable journalists to get free medical treatment up to one million rupees for themselves and their families.

Federal Minister for Information and Broadcasting extended best wishes to the newly elected office bearers of the Press Association of the Supreme Court.

He hoped that they would play their role for promotion of responsible journalism besides working for the welfare of journalists.