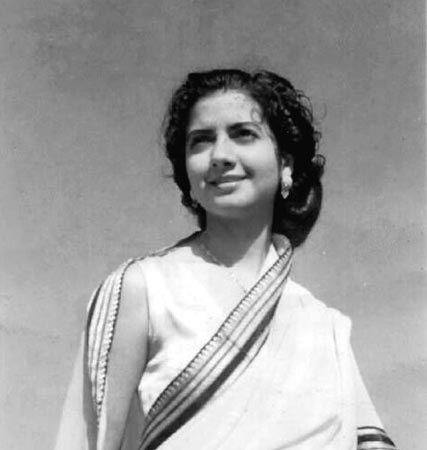 Hameedullah took up the cause of developing the society by influencing through literature.

Her short stories may not be a pure social propaganda, yet it does highlight certain oppressive social values. The biggest hall mark of Hameedullah’s stories is to keep the Punjab village traditions alive and to show how the women of the Punjabi culture stand side by side their men during all type of emotional, financial and social crises. They are not only physically strong but are also mentally the great shoch absorbers. A bit of conservatism is probably meant to keep the simple village culture intact.

The story ‘The Young Wife’ can be called the representative of her feministic views and the portrayal of male dominance in Pakistani society. The heroine of the story, Aliya, saw her father treating her mother as badly as possible. She resented more on her mother for her inability to react against him. When she got married, she found that her husband loved her and was a reverse to her father. She went back to correct her father or her mother. She becomes disappointed when she listens her father suggesting to her husband, “we men must never allow women to get the upper hand; they must never be allowed to guess how much we love them”.

Alyia reconciles to the idea that there is no possibility of change and settles down on her own as an ideal traditional wife. This is the very influence of the custom that has lent an upper hand to man. Hameedullah makes her heroine submit to the demands of customs and traditions in the society, yet she has not failed to portray the grievances of women and their helplessness when they have to succumb to these demands.

On the other hand, the heroine of the story ‘The Bull and the She Devil’ also suffers because of the complex psychology of her husband. Her husband has been a simple villager but with the passage of time falls in love with his own wife and feels enticed by her because of her physical charms. But he feels it disgusting that he should be enslaved by a woman. The woman described here has been named as ‘She-Devil’. This name is suggestive of the evil nature assumed about women in the rural areas of Pakistan. Through the character portrayal of ‘She-Devil’, the writer wishes to propagate the idea that even the extreme physical charms and the qualities of women do not stop men from becoming jealous of female powers, and their love turns into hate because they cannot bear the superiority of women in anyway.

Hameedullah tells us about the feelings of Qadir in the story about his young wife. “He found his thoughts turning towards softness and roundness of her slender form; the fairness of her complexion, the way her lashes curled upon her cheeks and fluttered as fearfully as the wings of a bird fallen from a bush when he shouted at her”. The writer portrays her as a wife who does not utter even a single word when her husband slaps her on the face and beats her in public. She remains silent and bears all this with a smiling face. Her patience and silence are projected by the writer. But her husband commits suicide in the end of the story. Perhaps this is the reward that a woman is shown successful even after keeping silent. But the man loses all, even his life, for being harsh and hard upon his woman.

The writer seems to portray through this submissiveness a protest which is silence in woman. Her women characters realise bad behaviour meted out to them; but maintain silence to meet the demands of the traditions of the society. But it should not mislead the readers that she was an anti-feminist. In fact, she is the first post-partition Pakistani writer, who was trying to give a voice to the women at the lower strata of the Pakistani society. She portrays the psychology of the suffering women who had a desire and feeling but were very strongly bound with the tradition that women are sufferers and they need to comply with these for the good of their family.

The stories by Hameedullah are mostly constructed on a village landscape of Punjab and the characters are also traditional villagers like the rustics of Hardy in most of his Wessex novels. If at all a character moves to the city, it is only for a glimpse of time and even during that time the character remains attached with the village. Hameeullah describes men and material, house hold, farms and animals with such a fidelity that one remains absorbed in the village life of Punjab and feels all time engaged with the life of the characters.