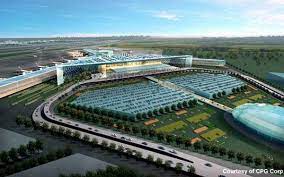 ISLAMABAD: At Islamabad International Airport on Friday morning, a man travelling to Saudi Arabia was arrested after more than one kilogramme of heroin was discovered in his hands.

During the check, the Anti-Narcotics Force (ANF) discovered heroin weighing 1.020kg in luggage belonging to the traveller, Taza Khan. He was hauled into detention as a result.

The passenger was to board a Riyadh-bound flight.

Earlier, the Airport Security Force (ASF) claimed to have foiled a drug smuggling bid by timely catching a man carrying a one-and-a-half kilogramme parcel of heroin in flight for Bahrain.

According to the ASF spokeswoman, the suspect passenger had stowed the narcotic in his backpack before boarding a private Bahrain-bound plane. They further stated that the substance seized is anticipated to be valued roughly Rs150 million.