Biden tears into Trump on anniversary of ‘insurrection’ 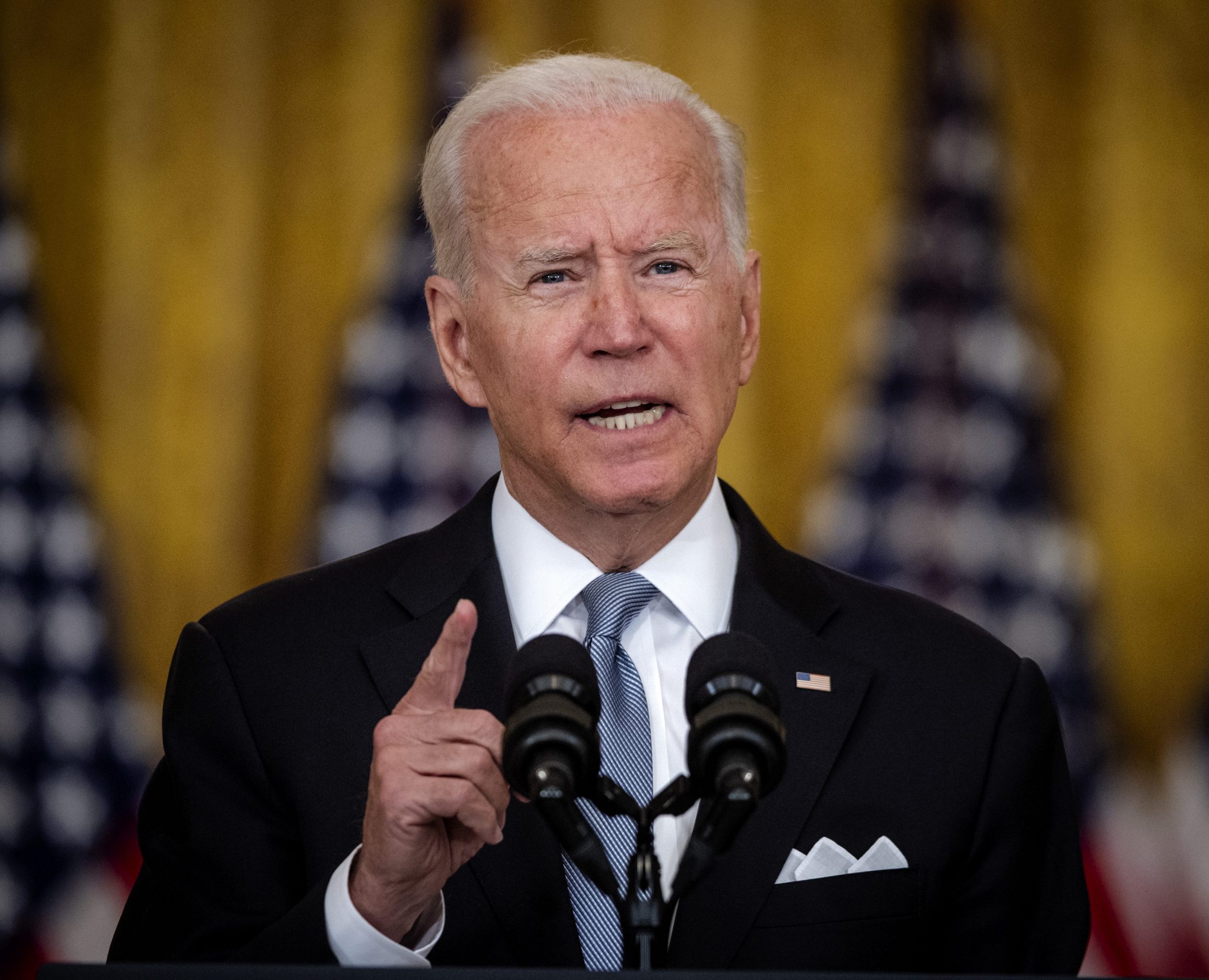 President Joe Biden on Thursday savaged Donald Trump’s “lies” and attempt to overturn the 2020 election, vowing on the first anniversary of the January 6 Capitol riot that he would let no one put a “dagger at the throat of democracy.”

After largely ignoring Trump for a year, Biden took off the gloves, describing the Republican as a cheat whose ego wouldn’t let him accept defeat and whose supporters almost shattered US democracy when they stormed Congress to prevent certification of the election.

It was a searing speech, signaling Biden’s decision to abandon his previously cautious approach — and it immediately prompted an equally bitter Republican backlash.

“This was an armed insurrection,” Biden declared from Statuary Hall inside the Capitol, where a year ago thousands of people brandishing Trump flags trampled over police to invade the chamber, forcing lawmakers to flee for their lives.

“For the first time in our history, a president not just lost an election. He tried to prevent the peaceful transfer of power,” Biden said.

“I will allow no one to place a dagger at the throat of democracy.”

Biden’s voice filled with anger as he laid out the dangers facing a country that has long styled itself as leader of the free world.

“Are we going to be a nation that accepts political violence as a norm?” he asked.

Although Biden deliberately did not mention Trump’s name, he made clear whom he was talking about in a blistering portrait of a man he said scorned democracy because he couldn’t accept defeat.

“The former president of the United States of America has created and spread a web of lies about the 2020 election,” Biden said. “He values power over principle.”

During the assault on Congress, Trump was “sitting in the private dining room off the Oval Office in the White House, watching it all on television and doing nothing,” Biden said, his anger clear.

Trump, who has spent the last year spreading conspiracy theories about his election loss to millions of followers, quickly fired back with a series of statements doubling down on his lie about the election “crime” and dismissing Biden’s speech as “political theater.”

And in an interview later with the conspiracy theory-peddling OAN television channel, Trump again falsely claimed that the election was “rigged” with “hundreds of thousands of votes in certain states.”

In the evening, House Speaker Nancy Pelosi and other Democrats held a candle-lit outdoor vigil on the Capitol steps, praying for the police officers who died following the violence and singing “God Bless America.”

However, such are the depths of division 12 months later that barely any Republicans attended the events.

The party’s top lawmaker, Senator Mitch McConnell, was leading a delegation to a funeral of a recently deceased senator some 600 miles (965 kilometers) away in Atlanta, Georgia.

In a statement, McConnell said January 6 had been a “dark day” but called it “stunning to see some Washington Democrats try to exploit this anniversary.”

McConnell was among the senior Republicans a year ago who condemned Trump for stoking the unprecedented violence with his barrage of lies about fraud, which no court or independent investigator has ever substantiated.

Since then, however, almost the entire party has quietly backed off from talking about January 6, bowing to Trump’s enormous influence with Republican voters — and possible bid to return as president in 2024.

One top Republican, House Minority Whip Steve Scalise, said Democrats “want this to be politicized… They want every day to be about January 6.”

A photo tweeted by Democratic Senator Chris Murphy showed just two Republicans present at the minute of silence held for Capitol police officers who died in the wake of the unrest. “An extraordinary image of where this country’s politics are,” Murphy said.

Writing in The New York Times, former Democratic president Jimmy Carter said the United States “teeters on the brink of a widening abyss.”

“Without immediate action, we are at genuine risk of civil conflict and losing our precious democracy. Americans must set aside differences and work together before it is too late,” Carter wrote.

More surprising was the voice of Karl Rove, one of the chief architects of Republican strategy over the last 30 years, who wrote in the right-leaning Wall Street Journal editorial pages that there can be no forgiveness for the assault on democracy.

“There can be no soft-pedaling what happened and no absolution for those who planned, encouraged and aided the attempt to overthrow our democracy. Love of country demands nothing less. That’s true patriotism,” he wrote.