How release of ‘Pathan’ impacts ‘Tiger 3’ 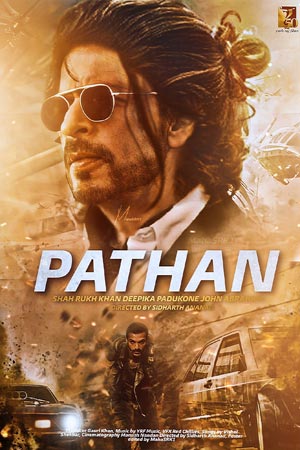 Bollywood superstar, Shahrukh Khan’s (SRK) latest project in working ‘Pathan’ seems to be nowhere close to release, as the shoot of the movie kept getting delayed due to various reasons.

Shahrukh Khan and Deepika Padukone starrer faced many hindrances, with the COVID-19 surge to injuries of the stars to personal issues of the cast, which caused the shooting schedule to hamper, as disclosed by close sources to an Indian publication.

‘Pathan’ that initially went on floors some 14 months ago, is still left with a plan of 25 days to wrap. As per the sources, “If Pathan is wrapped up by March, Yash Raj Films will take around four to five months to complete the post-production process and release the film only by the end of 2022?.

This postponement in the release of the movie will result in further delay for Salman Khan and Katrina Kaif starrer ‘Tiger 3’, which can’t be released until ‘Pathan’ debuts due to interlinked stories of both big-budget projects, thus the Maneesh Sharma directorial is planned to come out three months after Siddharth Anand’s project.

“The shoot of Tiger 3 was more or less uninterrupted with minor delays caused by 2nd wave. The film will now be wrapped up by January 2022 and since it’s shot at real locations too, not much needs to be done on the VFX front”, the source added.

As of the current plan, Aditya Chopra is supposed to release ‘Pathan’ in October, whereas, ‘Tiger 3? will debut on Christmas. However, another twist in the dates might push both the mega projects to next year.

Meanwhile, the postponement in the shoot of ‘Pathan’ has impacted the schedule of Sidharth Anand’s next directorial, ‘Fighter’ with Hrithik Roshan and Deepika Padukone in leads.