Nawaz Sharif not ready for any deal or movement 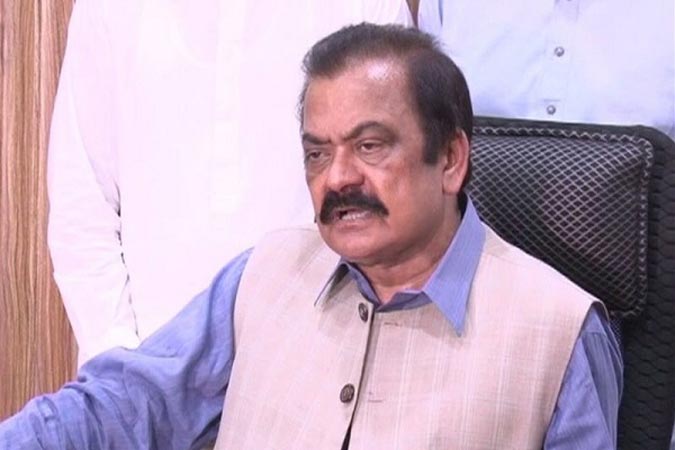 Former prime minister Nawaz Sharif is not ready to be part of any deal or movement or to enter into such discussions, PML-N leader Rana Sanaullah said Thursday, adding that he believes the statement given in this regard a day earlier by the military’s spokesperson. “I believe DG ISPR’s statement and also back it […] if there’s such a situation, then I am not aware of it. Only Allah knows what happens behind closed doors,” he said during a press conference in Lahore. Sanaullah said Nawaz had instructed the party to build a narrative that every institution should operate within the parameters of the Constitution of Pakistan, says a news report. As he rejected the notion of any deal with Nawaz, the military’s spokesperson, in a press conference, had said: “I will only say this about the issue – that it is all baseless speculation.”

What are the specifics? What is the evidence that someone is out to make a deal?” Maj Gen Iftikhar asked.

He said there is no such thing going on and reiterated that if someone does talk of it, they must be asked for details.

“In my understanding, I am very clear on that, this is all absolutely baseless speculation, and the lesser we discuss it, the better for the country,” he added.

Sana said Nawaz would make an announcement himself on his return. He rejected speculations about Leader of the Opposition in the National Assembly Shehbaz Sharif’s meeting in Rawalpindi.

“Shehbaz Sharif has never been, and neither will he ever be ready to become a part of any deal,” Sanaullah said.

The veteran politician said once some “obstacles” were removed, Nawaz could become the prime minister for a fourth time. He added that Nawaz had always been the premier for PML-N.

Sanaullah said, “He (Nawaz) has told us categorically on multiple occasions to strive for free and fair elections and [shape] our political narrative on the need for institutions’ to remain within their boundaries. He has never asked anyone to be involved in such matters.

“In fact, in his latest directives for party leaders, Nawaz asked us either to not meet high officials of the establishment or do so only after informing the party. Other than happenstance, neither is anyone allowed to hold such meetings nor are they happening.”

Sanaullah said Sharif would return to the country anytime as per his wish, adding that the party had advised him to first undergo complete medical treatment before flying back.

The PML-N leader said the party founder must also keep in mind that he would not be given justice, and “people are aware that he has been treated unfairly in different false cases.”

In response to a question about the latest audio leak, purportedly of PML-N Vice President Maryam Nawaz and Pervez Rashid, Sanaullah said it was unethical to eavesdrop on private conversations as it was a crime.

He insisted that only agencies had the capacity to record phone calls, saying “most probably it could be Intelligence Bureau (IB).”

He claimed that the government got the audio tape leaked with the intent that it would get benefit during the local government polls, adding that the attempt would go in vain.

Hitting out at the government, the PML-N leader said the report of the Election Commission of Pakistan’s (ECP) scrutiny committee had “proved that Imran Khan and PTI hid illicit money”. In the next phase, Sanaullah said, the ECP would reveal which companies and people funded PM Imran Khan and PTI.

“He has also received funding from anti-Pakistan people,” he alleged.

The PML-N leader said the time had come for people to “throw” PM Imran Khan out of the Prime Minister House, as he expressed concern over the rising prices of commonly used items.