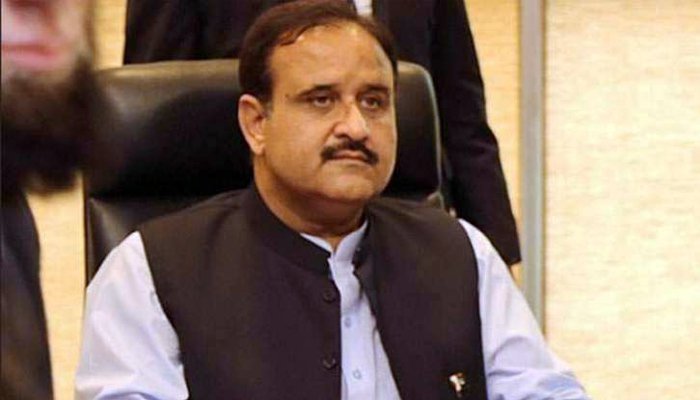 Talking on the occasion, CM Usman Buzdar said that public service was the main agenda of the government while departmental reforms have created ease for the public. The fruits of development were reaching every district under the unprecedented development programme, he added.

He said that the opponents wanted to stop the journey of development however these elements have failed at every occasion. Usman Buzdar said that the government was moving in the right direction as it was working to resolve the problems of the people.

Meanwhile, Punjab Chief Minister Sardar Usman Buzdar said the government has responded to the spate of political negativity in the shape of public service. Talking to the MPAs who called on him at his office, the chief minister said that PDM’s politics of anarchy would not prevail rather the agenda of public service would prevail.

He said the opposition could neither resign nor hold a long march and the Pakistan Tehreek-e-Insaf (PTI) government led by Prime Minister Imran Khan would complete its five year tenure, he added.

However, the conspirators would continue to bewail. Work on Rs 740 billion Annual Development Programme was in progress and no area would remain deprived of development as special package has been given to develop every locality in the province, he pointed out.

Provincial Minister Rai Taimoor Khan Bhatti, SACM Hasaan Khawar, DGPR and others were also present. Addressing the ceremony, the CM announced that more employment opportunities would be created for the youth on merit.

The chief minister said the government was determined to improve the lot of the common man and announced to expand the scope of the internship programme as the knowledge of communication skills and media management techniques, as well as research on the latest media trends was the need of the hour.

This programme was designed to sensitize the media graduates about the latest trends of media and communication techniques; he maintained and added that Pakistan’s youth was known for its talent and abilities everywhere.

The DGPR department was playing a valuable role in sensitizing the general public about the vision and performance of the government, the CM commented and asked the media persons to give importance to objectivity as they were duty-bound to precisely present facts.

SACM Hasaan Khawar said Rs 67 million have been allocated for the two-year programme to open avenues of opportunities for the youth. The media graduates were also given a 20,000 monthly stipend, he added. Information Secretary Raja Jahangir Anwar said a 50 per cent quota has been reserved for girl students while 10 per cent seats were allocated to journalists’ children.

Moreover, Punjab Chief Minister Sardar Usman Buzdar on Thursday expressed a deep sense f sorrow over the loss of lives in incidents of caving in of roofs in Kasur. The chief minister directed the officials concerned to expedite the rescue operation. The CM had also extended sympathies to the bereaved families.

Punjab Chief Minister Sardar Usman Buzdar has sought a report from RPO Gujranwala about cylinder blast at a Gujrat hotel. The chief minister directed that a report be submitted to his office. He also directed to provide best medical treatment facilities to the injured.