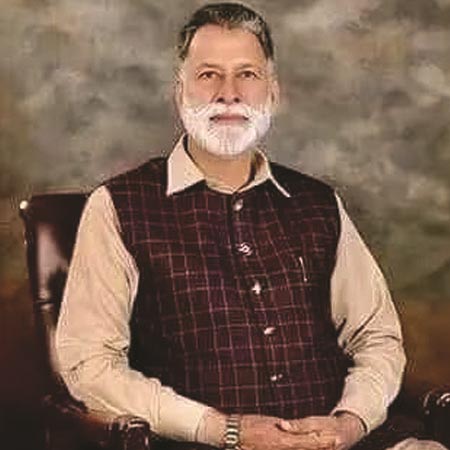 The party’s ticket holders of the recent AJK general elections also attended the meeting held in the federal metropolis.

President of PTI Azad Jammu Kashmir and Senior Most Minister Sardar Tanveer Ilyas Khan and PTI members and former Assembly candidates from all 33 constituencies of Azad Kashmir were present in the meeting. The meeting discussed in detail the upcoming local body elections in Azad Jammu Kashmir due to be held in mid of this year.

Addressing the meeting the Azad Kashmir Prime Minister Sardar Abdul Qayyum Niazi said that local body elections will be held in Azad Kashmir and urged the workers to prepare for the elections.

The Prime Minister said that the PTI government does not believe in practical steps and added that In the past, there were only air announcements regarding local body elections but no practical steps were taken to hold the elections.

He said that the PTI government would fulfil all the promises made to the people and workers should maintain unity in their ranks.

He said power will be transferred to the lower level and the problems of the common man will be solved in a better way.

Referring to the Kashmir issue he said the PTI government in line with the vision of the Prime Minister of Pakistan Imran Khan would utilize all its energies for highlighting the Kashmir issue over the globe and funds will be projected for the construction and development of Azad Kashmir.

He said that priority would be given to public welfare schemes and no delay would be tolerated in the completion of development projects.