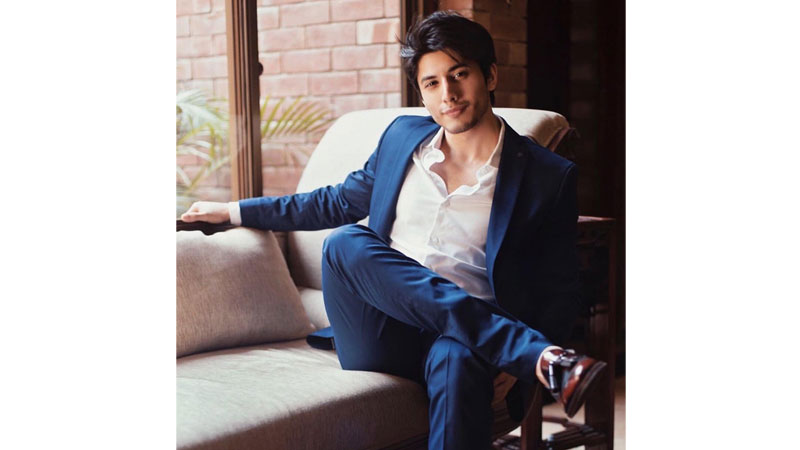 Pakistan’s sweetheart Sushmita Sen, a Bollywood Diva, appears to be a fan of Danyal Zafar from across the border.

Sushmita Sen, a former Miss Universe and Bollywood actor, has been listening to Danyal Zafar’s popular hit ‘Udd Chaliye’ on repeat, according to the celebrity.

The pageant winner used the photo and video sharing site Instagram earlier this week to share a clip from a drive she had with her younger daughter, Alisah, on the first Sunday of the year.

Sen shared a clip on her official account with 6.1 million followers, that featured the diva unwinding on Danyal Zafar’s popular track ‘Udd Chaliye’ while enjoying the open skies and breeze of Mumbai with her younger one on a car’s sunroof.

Sushmita thanked a friend of her in the caption for introducing them to the track by Pakistani singer, as she wrote, “💋 Thank you @rohit_bhatkar for introducing us to this song!!! #itsavibe 🤗💃🏻”. 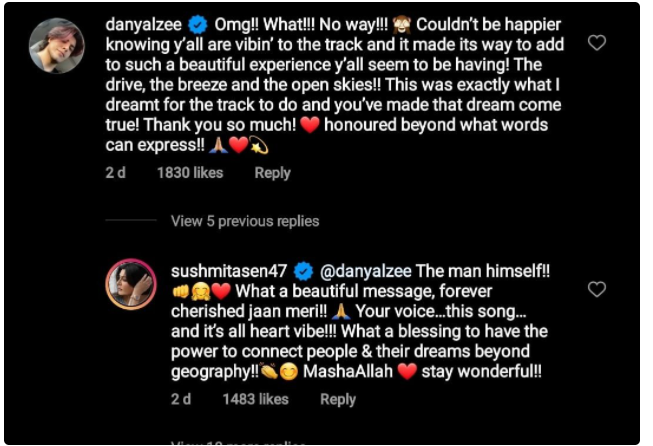 Danyal was quick to respond in the comments section expressing his overjoyed feeling as he wrote, “Omg!! What!!! No way!!! 🙈 Couldn’t be happier knowing y’all are vibin’ to the track and it made its way to add to such a beautiful experience y’all seem to be having!”.

‘Udd Chaliye’ was released by Danyal Zafar aka Danny Zee on his YouTube channel in March 2020 when the world got restricted following the breakout of Coronavirus. The young musician claimed to have composed the most-viewed video on his channel in less than 24 hours.