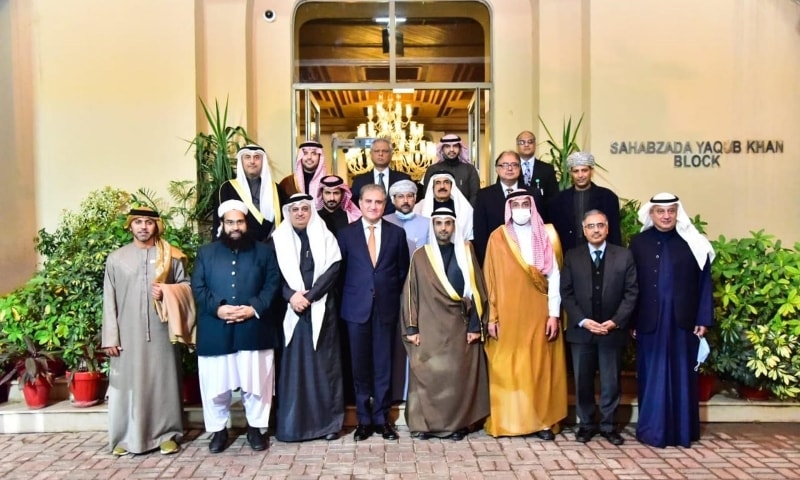 The plan, in line with a memorandum of understanding on strategic dialogue, provides for an institutional approach to deepen cooperation in various fields, including political, security, trade and investment, agricultural and food security, transportation, energy, environment, health, culture and education.

During the talks, the two sides reviewed cooperation in diverse fields and explored new avenues for an enhanced mutually beneficial partnership, said the Foreign Office in a statement.

Foreign Minister Qureshi and Secretary General Al-Hajraf underscored that the Action Plan would impart a strong impetus towards optimally realising the tremendous potential for increased cooperation between Pakistan and the GCC states.

Noting the progress on the ongoing efforts to conclude the Free Trade Agreement between Pakistan and the GCC, Mr Qureshi and Dr Al-Hajraf expressed determination to conclude the negotiations on priority.

Mr Qureshi expressed gratitude to the GCC and its member states for strong expression of support for the people of Afghanistan in the 17th Extraordinary Session of the OIC Council of Foreign Ministers held in Islamabad on December 19, 2021.

The foreign minister urged the world community to upscale its efforts to reach out to the Afghan people on an urgent basis to help address the humanitarian crisis and stabilise the economic situation in that country.

Talking to the GCC delegation, Mr Tarin said the Pakistan government was committed to introducing reforms in various sectors to address the outstanding structural issues and to attain sustainable and inclusive growth.

He said the government had introduced reforms in agriculture, industry, IT, housing, investment and other sectors. He said promotion of tourism was vital for economic growth.

The minister appreciated the GCC member states for providing hospitability to a large number of Pakistanis working in those countries.