Political dwarfs depend on rumour-mongering for survival: Fawad 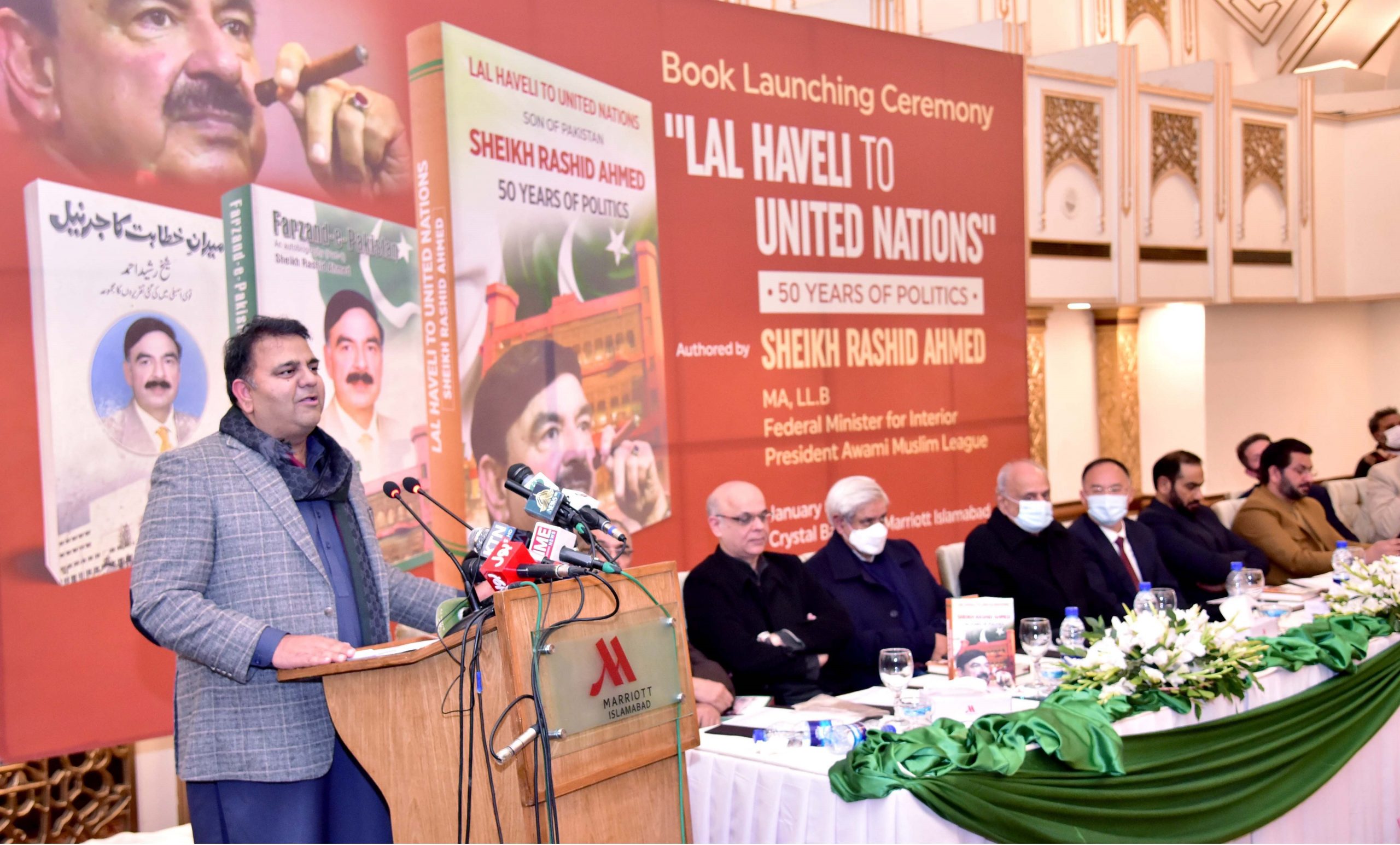 ISLAMABAD: Minister for Information and Broadcasting Fawad Hussain on Wednesday said spreading rumours had become a norm in the country and noted it was a good sign that the Director-General of Inter-Services Public Relations (ISPR) had also rejected the speculations reports of a deal with former prime minister Nawaz Sharif.

Addressing a media briefing earlier in the day, the military spokesperson had dismissed the speculation as “absolutely baseless speculations”, saying whoever was making such claims should be asked to bring forth evidence.

He said there is no such thing going on and reiterated that if someone does talk of it, they must be asked for details.

“In my understanding, I am very clear on that, this is all absolutely baseless speculation and the lesser we discuss it, the better for the country,” he added.

Speaking to media after the launching ceremony of Minister for Interior Sheikh Rashid Ahmed’s book, Fawad said that the “political dwarfs” were resorting to rumour-mongering in order to hog the limelight.

To a question, the minister said former premier Nawaz Sharif and former president Asif Zardari now belonged to the past, adding they no longer had any considerable role in the country’s political arena whatsoever.

Earlier, addressing the book launching ceremony, Fawad remarked that Sheikh Rashid has always represented the brighter side of Pakistani politics, saying the latter deserved appreciation for his political services.

He recalled Sheikh Rashid had been the pivot of national politics since he contested the first election in 1977.

“He started his journey as a political activist and today he is a famous political personality of the country,” he said, adding that the media, too, gave importance and coverage to what Rashid has to say about political happenings.

He said Sheikh Rashid in his book ‘From Lal Haveli to General Assembly’ narrates the story of his political journey.