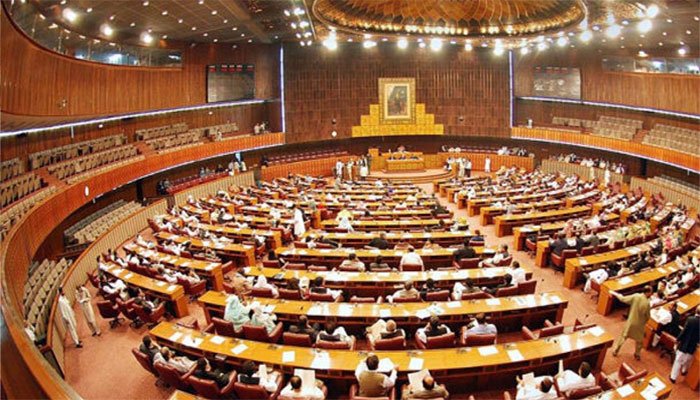 ISLAMABAD: On Thursday, the Senate Standing Committee on Finance has maintained that the mini-budget will bring a tsunami of inflation in the country, Daily Times reported.

The committee unanimously believed that the finance bill will bring a negative impact on the common man.

“The revenue of the government is being increased at the cost of oppressing the common man,” Senator Farooq Hamid Naek said.

The Finance (Supplementary) Bill, 2021, was discussed by the standing committee, which was chaired by Senator Muhammad Talha Mahmood. The committee objected at the start of the meeting to the Senate’s unconstitutional order to complete the consideration of the finance measure in two days, despite the fact that the constitution needed 14 working days to deliberate on the issue.

The committee also voted to give the topic proper deliberation and to send the same request to the Senate chairman, who agreed to set up ample time to do so.

The chairman of the Federal Board of Revenue (FBR) gave a comprehensive briefing on the background, salient features of the IMF-FBR engagement, changes in the GST regime, changes in income tax, changes in the Federal Excise Act, changes in the Customs Act, and targeted subsidiary items, while describing the tax reforms as the most significant tax policy reforms in the country’s history focusing on the removal of distortions rather than imposing new taxes.

According to the FBR chairman, the tax system is mechanized to increase income with the fundamental premise of “collect and spend.”

He informed the committee that the IMF had requested a 17 percent GST across the board and the removal of Rs700 billion in exemptions, but had settled for Rs343 billion.

The FBR chairman informed the committee that the new reforms have deviated from the rule of thumb with the Value Added Tax i.e. 17% GST across the board without any exemptions.

The FBR head also defended the imposition of GST on food items such as wheat, flour, wheat bran, rice, vegetables, fruits, pulses, fresh poultry, fish, and meat (consumed by the average person), milk and fat-filled milk, sugarcane, and beet sugar (raw materials), education books and stationery items, and so on.

He informed the committee about the exemptions the government plans to grant to various sectors, including Rs71 billion in commodities and Rs2 billion in regularly used products, Rs160 billion in pharmaceutical products, and Rs112 billion in machinery, all of which are GST refundable/adjustable.

The committee was informed about the current state of the pharmaceutical industry.

He informed the committee that the sales tax on the pharmaceutical sector will be imposed at the import stage, with zero-rating of sales of medicines.

The new reforms will also give expeditious payment of refunds (within 1 week) and a reduction in prices, he said.

Meanwhile, the committee directed that a letter be written to officials of the Drug Regulatory Authority of Pakistan (DRAP) inviting them to appear before the committee and brief it on the definition of drugs and their classification under the Drug Act.

The committee also wants DRAP to determine whether “vitamins” are considered medications or not. It also wanted information on fake pharmaceuticals and unlicensed pharmaceutical firms in Pakistan.

The committee unanimously agreed that changes to the GST scheme, particularly those affecting pharmaceutical industries, would raise drug prices.

The committee, after receiving a detailed briefing from the FBR chairman on the salient features of the tax reforms, decided to adjourn the meeting till January 6 to give a clause-wise reading to the Finance (Supplementary) Bill, 2021 and give recommendations under Article 73 of the Constitution.

Senator Farooq H Naek also objected to Finance Minister Shaukat Tarin’s name appearing in the Tax Directory for Parliamentarians for 2019 despite the fact that he was not a Senate member. If the committee has an objection, the chairman FBR stated that his name will be removed from the Tax Directory.