The biggest contribution of Akbar Ali Shah is the talent export

* I'd say, comparatively speaking, Pakistanis are good human resources and they have potential 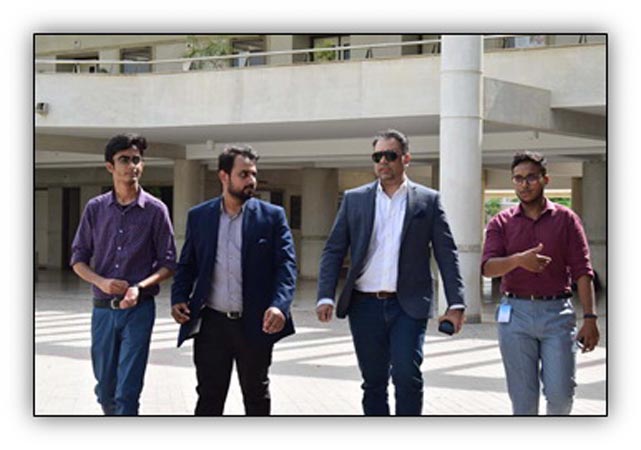 You will often hear the cliché; we have much talent in Pakistan. If that is true, one may ask, why are we, where we are. It’s because the statement “we have many talents” is a half-truth.

I’d say, comparatively speaking, Pakistanis are good human resources and they have potential. They work hard, agile and mostly, they are hungry and eager to make a mark. These are all great attributes, but none of these can be called “talents.”

We asked a corporate guru, Akbar Ali Shah, who was frequently seen at IBA, LUMS and several public forums talking about talent a few years back when he was CEO of Reckitt Pakistan. Akbar is nowadays CEO of Reckitt Nigeria and cluster head of Reckitt Sub Saharan Africa, where he is responsible for Reckitt Kenya, Reckitt Ghana, Tanzania, Uganda and Ivory Coast.

According to him,” talent is a natural aptitude or a skill to perform a specific task at a certain level of competence. It needs practice, coaching, mentoring, projects, or assignments to unlock its potential. Once unlocked, it requires to be put to the test. The strength of the teabag can only be seen when it is put in hot water; otherwise, they all look good in excellent packaging with bug claims”.

Like in sports or the military, Akbar Ali Shah mentioned that corporate leadership training starts right from business school. It gets tested in the corporate world when you start your job. It’s the first real test. One gets lucky if one can work with an outstanding manager/leader. On-the-job learning is priceless. However, training & job experience, even in an MNC in Pakistan, has limitations. One gets to their intellectual ceiling very quickly. You are only exposed to one country, one business regulatory, or consumer environment. It’s like you have been trained to play only at one pitch in particular weather with certain players. You can be as good as the average of the rest. To become world-class, you have to play international cricket; you can play in a league or represent national teams, but you must get exposed to international standards to learn your limitations.

It’s only then that you start relearning again and your professional growth triggers. As a corporate leader, Akbar Ali Shah shared his experience of his early corporate life before being picked up by Reckitt, an MNC that owns world-renowned brands like Dettol, Harpic, Veet, Mortein and many like that for an international career.

He graduated from IBA in 2022 and got his first break at Unilever Pakistan. He worked there for three years in three different roles & progressed quickly. However, he was quick to move to Reckitt, Pakistan. As a young professional, he said you need advice and coaching to help you grow. However, organizations often go through internal challenges & in that chaos, they overlook keeping their talented employees engaged. One of those moments when Akbar decided to make his move to a Reckitt Pakistan, which was more receptive. Within two years, he was given an international assignment, where he was stretched to a level that kept him on his toes for many years. He said the fear of failure brought the best out of him. Working with numerous nationalities in very different business environments helped him grow professionally. It sharped his talent. He mentioned, he worked with Dutch, English, Italian and Indian leaders with very different management styles, which brought much versatility in his leadership style. While it is great to build a leadership brand, he also learned that the leadership styles vary as leadership is circumstantial. To elaborate, he mentioned, when one takes charge of a team that is outperforming, you have first to decode the winning culture & build on that to continue to fuel it. On the contrary, if the team has been underperforming, it may require crisis management and disruption.

Akbar mentioned that his most considerable pride is when he hires, grooms, grow a talent and helps that talent to find the international role. In his three-year stint in Pakistan, he hired over 150 people, grew most of them and exported 30 managers to over half a dozen countries. Managers who worked with him in Pakistan are now contributing & learning in countries like the US, Canada, South Africa, Middle East, Kenya, Indonesia and Malaysia. He believes the earliest one could get an international break, the better it is for the individual. The young talents are generally more open to relocation. They have less personal responsibilities and hence they are more willing to take risks. He said, for his management leadership team, he always prefers someone who has worked in multiple countries in multiple environments and he gives much weight to leaders who have been tested in crisis.

In Pakistan, he had introduced three competitive talent recruitment programs, ie, Graduate Trainee, Sales Trainee, Project Trainee, which provided him a vast pool of outstanding individuals who were eager to learn and make a mark. The recruitment process was highly competitive, where his HR team focused on the graduating batches of top business and tech schools in the country. He mentioned that he sets aside 15 working days fully dedicated in a calendar year to work with HR on building such programs, visiting campuses and sitting in interviews for young future leaders.

As a CEO, this is a lot of time commitment. You can only do that if you genuinely believe in people & have a clear people agenda in mind.

Akbar is now living in Africa, where he is the leader for Sub-Saharan Africa. Besides being a CEO, he is working on developing and leading African Talent Agenda with his HR leadership. He said he is more like an international football coach these days.