Sara Ali Khan talks about her bond with Janhvi and Ananya 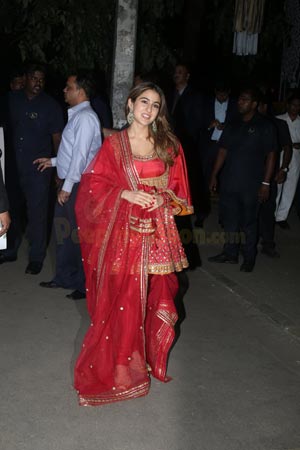 In the interview, Sara talked about having a healthy competition with her contemporaries while keeping her friendship goals intact.

While speaking to the media outlet, the Atrangi Re actor revealed that she loves her peers as they are ‘different’ from her and that gives a lot of ‘scope to learn from them.

While talking about Janhvi the Kedarnath actor said she is ‘ambitious’ like herself.

“We are both ambitious, young girls who have lost 18 months of our lives to COVID. We bond over that. We are different people, but comfortable in our skin,” Sara said.

On the work front, Sara is receiving appreciation for her performance as Rinku in Atrangi Re which she co-starred in with Dhanush and Akshay Kumar. She will now star alongside Vicky Kaushal in a romantic comedy. The shoot for the same is currently going on in Indore.