* The topic came up while discussing the subject of time, with the 'La La Land' star noting it's 'something I think about a lot now' and that his 'kids are growing up so fast' 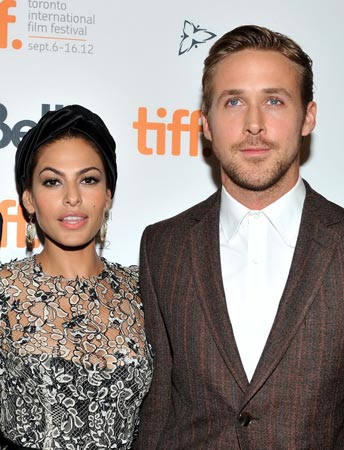 You might fall even more in crazy, stupid, love with Ryan Gosling after hearing him talk about his private life with Eva Mendes and their two daughters, Esmeralda, 7, and Amada, 5. The 41-year-old actor gave fans a glimpse into their family’s world during a recent interview with British GQ.

The topic came up while discussing the subject of time, with the La La Land star noting it’s “something I think about a lot now” and that his “kids are growing up so fast I need to keep an eye on the clock in a way I never used to.” And like many parents, Gosling said he and fellow actor Mendes spend a lot of their time trying to keep their kids entertained, which was especially challenging during the coronavirus pandemic lockdown.

“Our kids were at a difficult age not to be able to see other kids and interact with people, even though Eva and I did our best,” he told the magazine, adding he and Mendes seemed to do “more acting in quarantine than in our films. Tougher crowd, though.”

Speaking of his movies, Gosling said he’s not in a rush to show them to his children and that they’re still at an age where it can be hard for them to decipher between the fantasy and reality aspects of his job. For instance, according to British GQ, Esmeralda watched Gosling’s fight scene with Harrison Ford on the set of his 2017 movie Blade Runner 2049 and called out in the middle of a take, “You’re winning,” leading Ford to then ask her, “What about me?” Gosling’s kids also thought their dad worked on the moon while he was playing Neil Armstrong in the 2018 film First Man.

But as time has gone on, have Esmeralda and Amada gotten a better grasp of his work? “Yeah. I think they finally figured it out… that my name is actually ‘The Grey Man’ and I’m an assassin for the CIA,” he said, referencing his new movie The Grey Man with Chris Evans and Regé-Jean Page.

While Gosling and Mendes will briefly talk about their kids in interviews, they tend to shield them from the limelight and protect their privacy. For Mendes, this includes not posting pictures of them on social media.

“I have always had a clear boundary when it comes to my man and my kids,” the 47-year-old actress explained to an Instagram follower in 2020. “I’ll talk about them of course, with limits, but I won’t post pictures of our daily life. And since my children are still so little and don’t understand what posting their image really means, I don’t have their consent. And I won’t post their image until they’re old enough to give me consent.” Mendes and Gosling also prefer to keep their relationship out of the public eye. “As far as Ryan and I,” she continued, “it just works for us this way, to stay private.”