Tarin expresses satisfaction with decline in prices of sensitive commodities 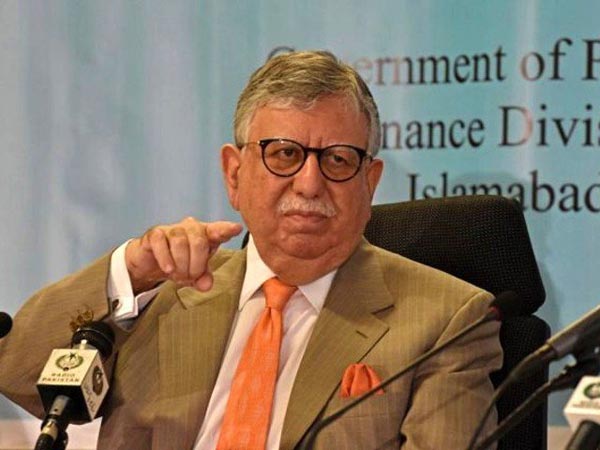 Minister for Finance and Revenue Shaukat Tarin on Wednesday expressed satisfaction with the decrease in the prices of sensitive commodities. He appreciated the provincial governments for taking administrative measures to reduce the gap between the wholesale and retail prices.

The minister presided over the meeting of the National Price Monitoring Committee (NPMC), which was also attended by the Minister of State for Information and Broadcasting Farrukh Habib and secretaries of the ministries of National Food Security and Research, Industries and Production.

The committee was informed that prices of 22 items remained stable whereas 22 items registered a slight increase in prices which contributed an increase in the SPI by 0.2pc. Prices of Chicken increased by 0.08pc, Eggs by 0.04pc and others by 0.08pc. NPMC was updated on the prices of wheat flour which marked a continuous decline in the prices in the country for the last five weeks. The meeting expressed satisfaction over the availability of sufficient stocks of wheat in the country.

The meeting also discussed the sowing situation of Wheat in the country and expressed satisfaction with the progress in all four provinces. The NPMC was briefed on the sugar prices and its stock position in the country and expressed concerns on the slight increase in sugar prices in various cities. The meeting was also apprised on the variations in the prices of pulses and the rise in the prices of eggs and chicken due to seasonal factors.

The NPMC was informed that prices of onion have marked a decrease as compared to its price three years earlier. The NPMC also discussed and directed the Ministry of National Food Security Research to formulate a strategy for the provision of storage infrastructure for improving the supply chain of perishable food items. The NPMC also discussed the demand and supply of fertilizer in the country and directed the Ministry of Industries and Production to import fertilizer as soon as possible to meet the rising demand and to maintain stability in the prices.

The NPMC was briefed on the availability of essential goods at subsidized rates at the Sastaa and Sahulat bazaars across the country. The Finance Minister Shaukat Tarin commended the efforts of the governments of Punjab, Khyber Pakhtunkhwa, Islamabad administration in providing key items at discounted prices through arranging Sastaa Bazaars and also expressed satisfaction with the availability of essential items at low rates in Sastaa Bazaars in Sindh and Baluchistan.