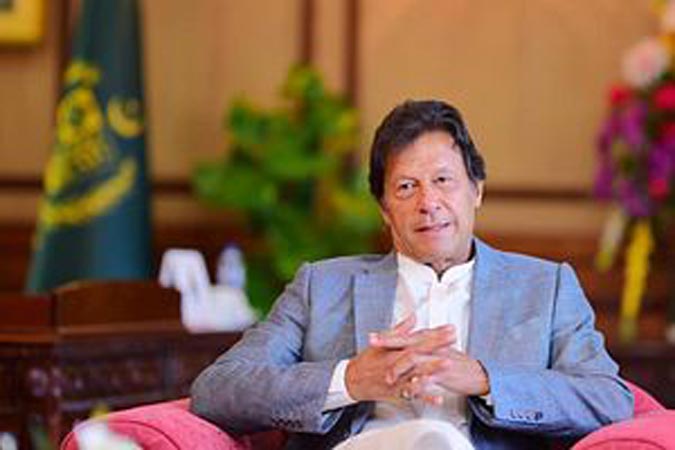 In a series of tweets, the prime minister expressed hope that similar examination of funding of two other political parties, including Pakistan People’s Party and Pakistan Muslim League (Nawaz), would also be carried out.

He said from this exercise, the people saw PTI as the only political entity, which had proper and legitimate donor base unlike the other two.

“With scrutiny of the two other political parties, the public would differentiate between proper political fundraising and extortion of money from capitalists and vested interests in exchange of favours at the nation’s expense,” he added.

“I welcome ECP’s scrutiny of PTI’s funding through donations from overseas Pakistanis. The more our accounts are scrutinized, the more factual clarity will emerge for nation to see how PTI is the only political party with proper donor base premised on proper political fundraising,” the prime minister tweeted.

“I look forward to seeing similar ECP scrutiny on funding of 2 other major pol (political) parties – PPP & PMLN. This will allow nation to see difference between proper pol (political) fundraising & extortion of money from crony capitalists & vested interests in exchange for favours at nation’s expense,” he further tweeted. Meanwhile, in a twitter post on the occasion of Right to Self-Determination Day, the prime minister urged the international community, especially the United Nations, to take action on India’s war crimes in the Indian Illegally Occupied Jammu and Kashmir (IIOJ&K).

“The international community, especially the UN, must take action on India’s war crimes and the crimes against humanity in IIOJ&K, as Kashmiris continue to reject and resist Indian occupation and oppression”, Imran Khan said.

He said the United Nations Security Council’s (UNSC) commitment of a UN-supervised plebiscite in Kashmir remained unfulfilled as the Hindutva-Modi government brazenly violated the UNSC resolutions, international humanitarian laws and international conventions, including the 4th Geneva Convention; and committed war crimes by seeking to alter status and demography of the IIOJ&K.

Chairing a meeting on road projects aimed at reducing the vehicular traffic burden of Lahore city, he said Lahore city had a huge potential for generating revenue and emphasized utilizing prime urban lands that were presently un-utilized and were merely “dead capital”.

He said the revenue generated from prime locations can be utilized for public welfare schemes. The prime minister said that other urban projects in Lahore be operated on Public-Private Partnership mode on the lines of Ravi Urban Development and Central Business District projects.

The 293-kilometre motorway, a key part of the western route of the China-Pakistan Economic Corridor (CPEC) will benefit the less developed areas of the country, said Imran while addressing the inaugural ceremony.

The premier commended the Ministry of Communications on the occasion, saying it had shown “tremendous performance” under Murad Saeed.

He said previously, the development of the country was confined only to GT Road, Lahore and onwards to Karachi, which was also called the eastern route of CPEC.

“But a country achieves progress if there is uniform development across its length and breadth. It is made possible due to long-term planning like that done by China, which has planned 30 years ahead,” he added.