Law should be applied equally on elite, ordinary persons: PM 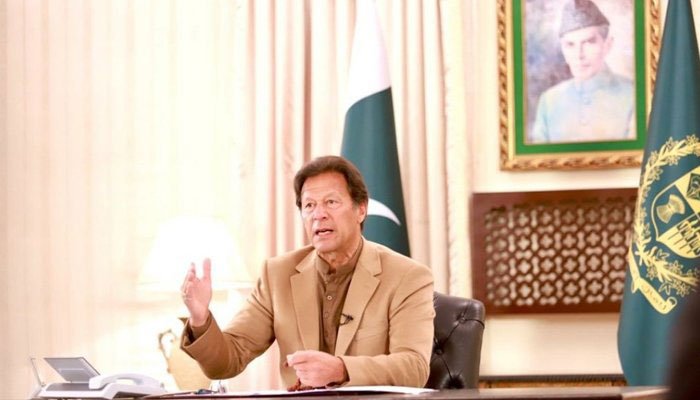 ISLAMABAD: Prime Minister Imran Khan  said the government firmly believed in the rule of law and stressed that law should be applied equally to the elite and ordinary citizens.

During the meeting, issues pertaining to the ILF were discussed. Also on Tuesday, Prime Minister Imran Khan, highlighting the importance of increased forestation and conservation of ecosystem in tackling the challenges of climate change, urged the nation to play its role in protecting the country’s environment for future generations.

“As Pakistan, despite contributing less than one percent in the world carbon emissions, is unfortunately among the 10 most vulnerable countries, it is very important for Pakistanis to think as a nation and protect our future generations,” he stressed.

The prime minister expressed these views while speaking at an agreement signing ceremony held here between the Ministry of Climate Change and the World Bank for the launch of “Green Stimulus — Turning Concept into Reality”.

Under the agreement, the World Bank is providing funds of Rs22 billion for 14 green initiatives across the country.

Imran Khan said with melting glaciers, rising temperatures and less rains in both rural and urban areas, Pakistan was taking measures to tackle the challenges through nature-based solutions.

“We have to protect our existing forests, boost our tree plantation campaigns to enhance the forest cover and develop more national parks,” he stressed.

The prime minister said besides hiring people, technology like drones would also be utilised for the surveillance and protection of 15 national parks announced by the government in various parts of the country.

It would not only help protect the forests and wildlife but also create employment opportunities for the local people, he added.

The prime minister, stressing on the need for protecting green areas in and around urban areas, said even the Margalla National Park was being encroached.

He said besides canals, rivers and water streams and channels, air was also being polluted in the cities like Lahore, which was threatening the lives of people, especially the children and elderly.

He, however, added that with the ring-fencing of cities, the government was working on the master plans of big cities to protect green areas and check encroachment.

Similarly, he said, mangroves cover along the coastal areas of Sindh and Balochistan was being enhanced and protected, which would help recharge ground water and protect wildlife.

The prime minister appreciated the Ministry of Climate Change and the World Bank for the launch of “Green Stimulus” initiative.

Earlier, Special Assistant to the PM on Climate Change Amin Aslam, in his remarks, said the Green Stimulus was being initiated through the World Bank’s support of Rs22 billion, which would generate 135,000 jobs in the next nine months across all the provinces.

Its thematic areas would include forestry, protected areas, clean green cities and electric mobility, he added.

The SAPM further highlighted Pakistan’s approach to addressing both the COVID-19 and climate crises by creating opportunities in the challenging conditions, especially for the most vulnerable communities.

Meanwhile, Prime Minister Imran Khan on Tuesday directed for early completion of all ongoing development projects in Balochistan to provide relief to the common man.

The prime minister was talking to Balochistan Governor Syed Zahoor Ahmed Agha, who called on him here.

Matters relating to development of the province, particularly northern Balochistan, were discussed in the meeting.

Matters relating to the development of semi-conductor and high-tech industries in cooperation with tech universities were discussed in the meeting. The prime minister directed to take all possible measures for the development of these industries so as to create maximum job opportunities for youth equipped with the knowledge of technology.