Pushpa The Rise review: Allu Arjun shines in this sprawling battle of egos 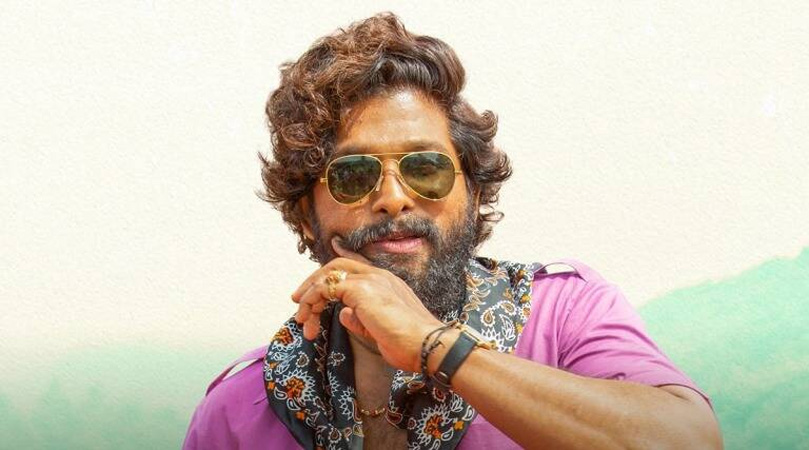 Pushpa The Rise movie review: Allu Arjun walks away with the film with his strong performance. He embraces his deglamorized look and delivers a memorable performance.

Unlike other big-budget extravaganzas, the hero does not hail from a highly respectable family in Pushpa: The Rise. The hero, played by a wonderful Allu Arjun, is not burdened with the responsibility of living up to his family’s history, culture or tradition. In fact, the lack of family backing is what drives him to dare in the film.

The film tells the story of Pushpa Raj, an outcast. Born out of wedlock, Pushpa is denied respect and robbed of his identity at a very young age. Now, his name carries no value in the hill town of Seshachalam. Driven by this ignominy, Pushpa vows that his name will mean something, without the support of his father’s family.

And what is a better way to improve one’s station than making quick money and amassing real power? Pushpa is born in the land of ‘red gold’ – Seshachalam is blessed with the abundance of a rare wood, which is red. There is a huge demand in the international markets for it. A massive crime syndicate headed by Mangalam Srinu (Sunil) oversees the illegal chopping of the trees, transporting them and smuggling them across the world via sea route. Pushpa begins at the very bottom of this organized crime. He is just a cog in the machine, highly expandable to the top dogs until he shows what he’s capable of.

Pushpa’s fortunes begin to change as he rapidly begins to gather money and power through his never-back-down approach. While other woodcutters drop the haul and run at the sight of cops, Pushpa refuses to back down. He stands his ground and outsmarts the cops. When the cops round up the smugglers and threaten to open fire unless they surrender, Pushpa leads the first offence, encouraging the others to follow him. Because, “Pushpa Raj, Thaggede Le (I won’t relent),” which is his mantra. His quick rise also lands him in the crosshairs of a powerful villain.

All Pushpa wants is to outrun his past and make the world respect him for his merits as opposed to undermining his existence because he can’t name his father publicly. But, just when he thinks he has defeated his past and he’s in control of his own destiny, his past comes back to haunt him. No matter how successful and powerful he becomes, for some, he’s still a man who deserves their fear and obedience but not their respect.

The tale is not just about how the protagonist amasses money and power with muscle power and quick thinking. But, it is also an indictment of a deeply prejudiced, class and caste obsessed society.

Pushpa The Rise is the second consecutive film of director Sukumar in which the hero hails from the lowest strata of society. His last film Rangasthalam, starring Ram Charan, also dealt with a small guy sticking it to the big guys. In Pushpa, his storytelling gets bolder. He strips both his hero and villain down to their undies to prove a point: it’s not who you are underneath, it’s what you do that defines you. Yes, I borrowed that line from Christopher Nolan’s Batman series. And it perfectly sums up Sukumar’s movie, which is a sprawling tale of an underdog rising through the ranks of the underworld at a break-neck speed.

Allu Arjun walks away with the film with his strong performance. He embraces his deglamorized look and delivers a memorable performance. He also tickles our funny bone with his bromance with his sidekick. The women in this tale, however, firmly remain within the grasp of stereotypes. Rashmika Mandanna’s Srivalli gets a promising introduction but along the way, she loses her independence and happily settles at the feet of Pushpa. Anasuya Bharadwaj’s Dakshayani gets to perform a reimagination of the “Wake Up Henry” scene from Goodfellas as she sits on the top of her husband, ready to slit his throat. But, it doesn’t mean anything or adds to the overall dynamics.

Then we have Fahadh Faasil’s Bhanwar Singh Shekhawat. We get to see very little of him in this movie as he only appears in the last act, just when Pushpa thinks he is unchallengeable. At the end of the film, Sukumar takes us back to the beginning.

True to his character, Pushpa still don’t know how to roll over and play dead in face of absolute power. But, Shekhawat is determined to teach Pushpa a lesson or two in obedience. It doesn’t mean Shekhawat is a good cop. He is just another criminal, who has the backing of the system. The film ends on a cliff-hanger, as Pushpa draws the battle lines and sets all the cards on the table for the sequel.