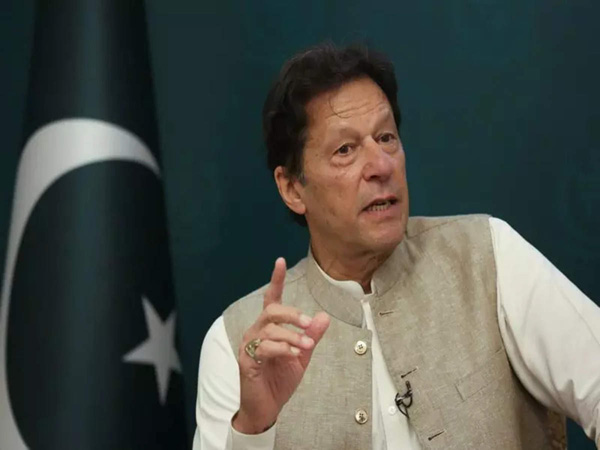 Reminding the world that it cannot abandon its moral and legal responsibilities towards Kashmiris, Prime Minister Imran Khan Tuesday stated durable peace in South Asia was contingent upon peaceful resolution of the Jammu and Kashmir dispute in accordance with international legitimacy.

“The importance of the inalienable right to self-determination has been acknowledged in all important human rights covenants, decisions of the United Nations General Assembly and Security Council,” Imran Khan said in his message on the occasion of Right to Self-Determination Day (Jan 5, 2022).

On this day in 1949, the United Nations Commission on India and Pakistan (UNCIP) adopted a resolution which guaranteed Kashmiri people their inherent right to self-determination through a free and impartial plebiscite in Jammu and Kashmir.

The prime minister said, “While observing 5th of January as Right to Self-Determination Day for the Kashmiris, we reiterate our commitment to uphold the fundamental human rights of the people of Jammu and Kashmir and pay homage to Kashmiris’ just struggle spanning more than seven decades.”

“We are commemorating this day to remind the world community that it cannot abandon its moral and legal responsibilities towards the Kashmiri people,” he added.

The prime minister pointed that the right to self-determination was granted to the Kashmiris by the United Nations and cannot be unilaterally denied by India.

“Three generations of Kashmiris have waited for the world community and the United Nations to honor their solemn commitments made to Kashmiris,” he said and added that Indian atrocities in the Indian Illegally Occupied Jammu and Kashmir (IIOJ&K) continue unabated but the courage and spirit of Kashmiris remain strong.

The prime minister said that with the presence of 900,000 troops, India has turned the occupied territory into the largest open-air prison and the most militarized zone in the world.

“The recent surge in oppression of Kashmiris through arbitrary detentions, coercion, harassment and humiliation, and extra-judicial killings in staged encounters and cordon-and-search-operations is a matter of grave concern for the international community,” he added.

The prime minister said that India’s illegal and unilateral actions of 5 August, 2019, and subsequent measures, particularly pertaining to domicile rules and land ownership laws, were aimed at changing the demographic structure of IIOJ&K and converting the Kashmiris into a minority in their own land.

“These Indian actions are a blatant violation of the international law especially the UN Charter, UN Security Council Resolutions, and the 4th Geneva Convention. Kashmiris have been deprived of their rights to life, food, health, freedom of expression, freedom of assembly, freedom of religion, and above all the right to self-determination,” he added.

The prime minister said Pakistan calls upon the international community to demand from India and immediate end to its state-terrorism against Kashmiris and allow access to international human rights and humanitarian organizations to the occupied territory. “Pakistan will continue to extent all possible support to the Kashmiris till realization of their inalienable right to self-determination and a just resolution of the Jammu and Kashmir dispute in accordance with the relevant UNSC resolutions and the wishes of the Kashmiri people,” he stressed.