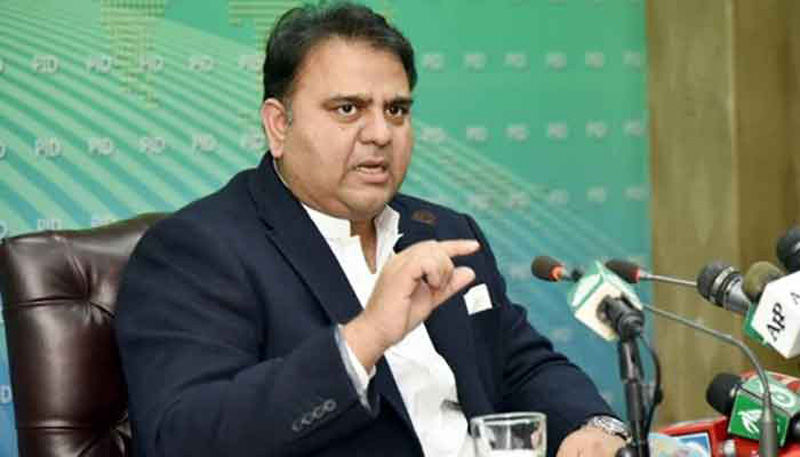 “From the first day, we want that the Election Commission make a comparison of all the parties’ foreign funding before the public so that it could be known where they all stand,” the minister told the media after the Federal Cabinet meeting, chaired by Prime Minister Imran Khan.

Flanked by Minister of State for Information and Broadcasting Farrukh Habib, Fawad said the ruling Pakistan Tehreek-e-Insaf (PTI) and Prime Minister Imran Khan took that stance from the very beginning as they believed that it was only the PTI which had an elaborate system for ‘accounting’ and ‘funding’.

All the other parties had no such system as they were patronized by some ‘feudals’ or ‘businessmen’, who gave them funds which were in fact used to run house affairs of their leadership. Fawad lashed out at Nawaz Sharif for using the accounts of his party to launder ill-gotten money. An amount of Rs80 million was deposited in the PML-N account which was later withdrawn by him using certain tactics. He said, “PTI is the only party in the country, which has an extraordinary legal, detailed and elaborate system for funding.”

Under the system, he said, the PTI workers from across the globe funded the party according to their capacity. Citing the example of Shaukat Khanum hospital, he said Prime Minister Imran Khan was the only person who had been entrusted by the people of Pakistan with their money. About 70 percent of the patients at Shaukat Khanum hospital were getting free treatment as it received donations worth billions of rupees from across the globe in the name of PM Imran Khan, he added.