Jinnah’s statue to be erected in Britain

* Punjab Governor Ch Sarwar thanks Lord Hannan for his efforts 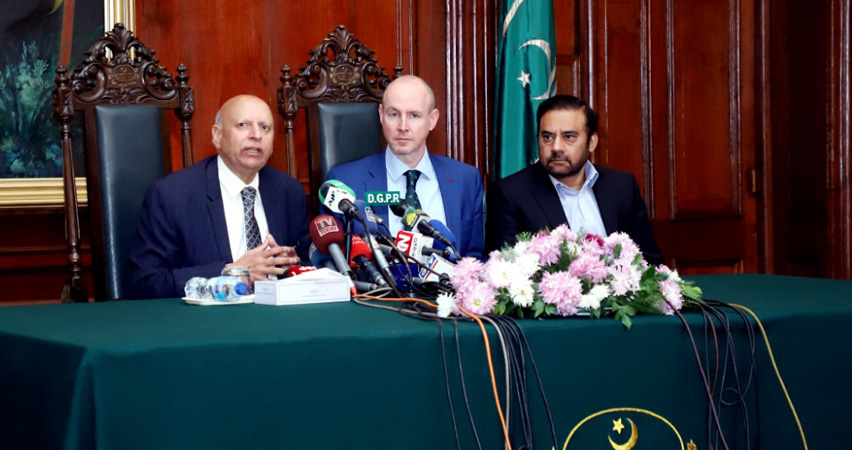 Vice-Chairman of the Conservative Party for British Affairs and a member of the British House of Lords Lord Daniel Hannan says a statue of the Father of the Nation Quaid-e-Azam Muhammad Jinnah will be erected in London on August 14 as part of 75th Independence Day of Pakistan celebrations this year.

Speaking during a press conference alongside Governor Punjab Chaudhry Mohammad Sarwar and UK-based businessman Dr Nasir Awan at the Governor’s House, Lahore, he said the year 2022 was significant for Pakistan, as it celebrated its 75th birth-anniversary. Lord Daniel said he would seek formal approval from the House of Lords to erect a statue of Quaid-e-Azam Muhammad Ali Jinnah in London.

He said the UK had already extended full support to Pakistan for extension of GSP Plus status and will continue to do so in future. Daniel expressed hope that ties between Pakistan and the UK will strengthen further.

He assured of his full support for bolstering Pakistan-UK trade ties besides fullest support for eradication of terrorism.

He thanked Governor Punjab Chaudhry Mohammad Sarwar for inviting him to the maiden visit to Pakistan.

Governor Mohammad Sarwar said the statues of Gandhi and other important personalities had already been erected in Britain and now they had decided that a statue of Quaid-e-Azam Muhammad Ali Jinnah will also be erected at some important location in London.

“Daniel Hannan has assured that the British House of Lords will soon give formal approval for installation of the statue in London”, Sarwar said.

He said Daniel Hannan had also assured full support for establishment of peace in Afghanistan as well as for eradication of poverty and unemployment in the region.

Sarwar said he was grateful to the United Kingdom government for its full support for extension in GSP plus status to Pakistan, adding that extension in GSP Plus status will result in benefit of billions of dollars annually to the Pakistani businesses.

The governor said exchange of business delegations will help in promotion of trade ties between the two countries.

Dr. Nasir Awan said all expenses to be incurred on installation of Quaid-e-Azam’s statue will be borne by him and the UK-based business community.

He said overseas Pakistanis had been playing their role in strengthening country’s economy and will continue to do so for the development and prosperity of our country. He reiterated the commitment that the Pakistani diaspora will not hesitate from any sacrifice for the prosperity of Pakistan.