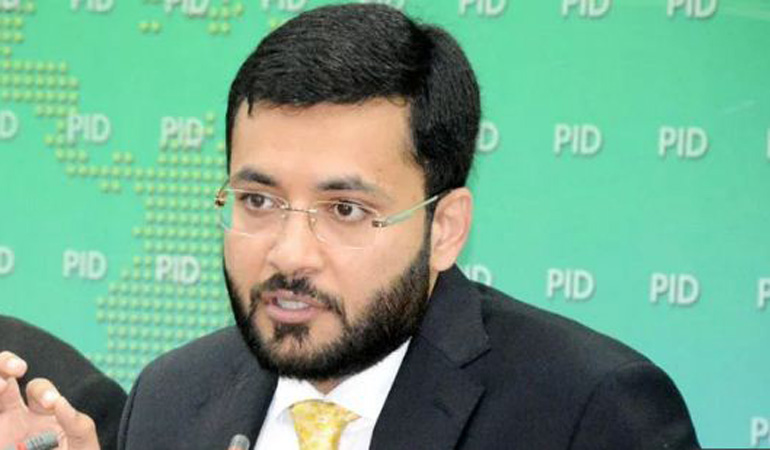 State Minister for Information and Broadcasting Farrukh Habib Tuesday said the PML-N had vast experience in blackmailing and controlling freedom of the media.

Talking to a private news channel, he condemned the alleged audio leaks of Maryam Nawaz and former federal minister for information and broadcasting Pervaiz Rasheed’s telephonic conversation about seniors journalists and anchorpersons of different media houses. He said the PML-N always kept the media under pressure to use it for their vested interests. To a question, Farrukh Habib said the PML-N had always curbed the freedom of media, which spoke against them in the past.

The minister said this audio has exposed that how they were playing tricks to control the freedom of media.

Meanwhile, Farrukh has urged the Election Commission of Pakistan (ECP) to hear cases of all political parties related to the foreign funding simultaneously in light with the directions of the apex court.

“We have no objection if the ECP hears all three parties’ cases in open court, as PTI fully believes in transparency,” he told the media in Islamabad.

The cases of all three parties including PTI, PML-N and PPP were of ‘same nature’, and the scrutiny committees were formed in light of the apex court’s decision which stated that all the parties’ bank accounts would be scrutinized in accordance with the law and without any discrimination, he added.

He appealed the media houses to avoid spreading fake news about the Pakistan Tahreek-e-Insaaf (PTI) party accounts, adding that it should confirm facts and figures after going through the report of Election Commission’s scrutiny committee before filing the news.