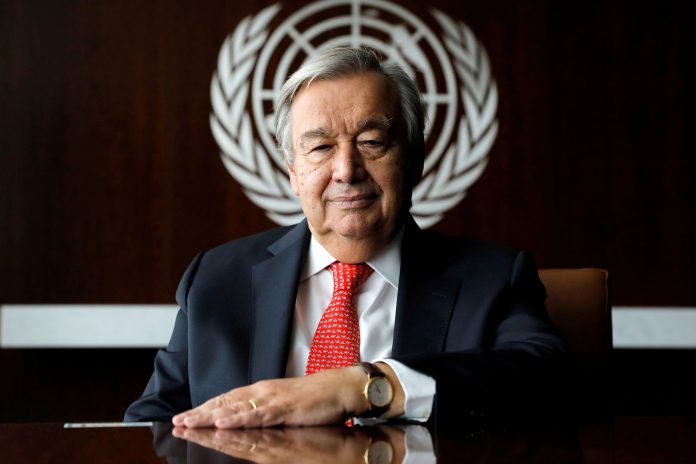 UNITED NATIONS, (APP):UN Secretary-General Antonio Guterres has welcomed a joint statement issued by the five nuclear-weapon states on Monday pledging to prevent the spread of atomic arms and to avoid nuclear conflict.

“The Secretary-General welcomes the joint statement by the nuclear-weapon states on the prevention of nuclear war and avoidance of arms races,” his Spokesman, Stephane Dujarric, said in a statement.

“The secretary-general appreciates the recognition by the nuclear-weapon states of their need to comply with their bilateral and multilateral non-proliferation, disarmament, and arms control agreements and commitments, including their binding obligations under the Treaty on the Non-Proliferation of Nuclear Weapons related to nuclear disarmament,” the statement said.

The UN chief is encouraged by the nuclear-weapon states’ commitment to prevent nuclear war, and looks forward to further details about future initiatives, it said.

The statement on Monday said that the United States, Britain, Russia, China and France – who are also permanent members of the United Nations Security Council – consider it their primary responsibility to avoid war between the nuclear states and to reduce strategic risks, while aiming to work with all countries to create an atmosphere of security.