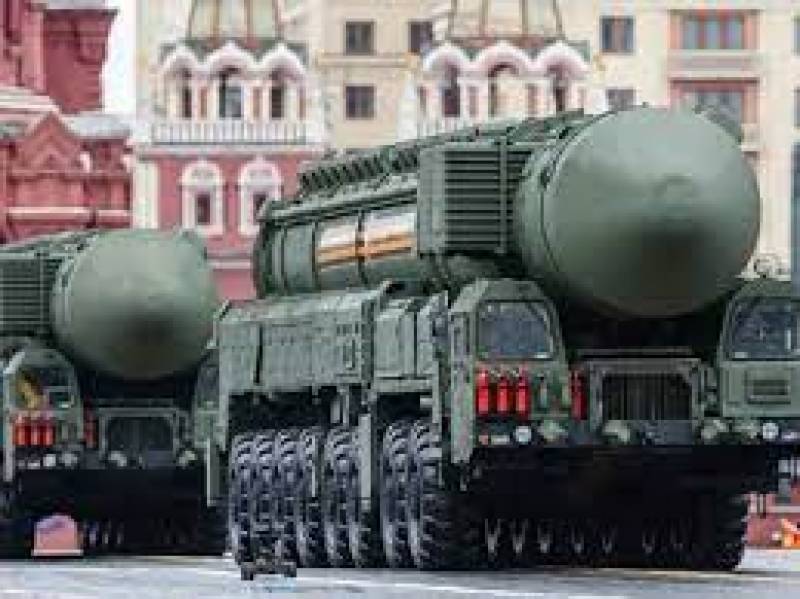 “We believe strongly that the further spread of such weapons must be prevented,” said permanent UN Security Council members China, France, Russia, the UK and United States, adding: “A nuclear war cannot be won and must never be fought.”

The statement was issued after the latest review of the Treaty on the Non-Proliferation of Nuclear Weapons (NPT) — which first came into force in 1970 was postponed from its scheduled date of January 4 to later in the year due to the Covid-19 pandemic.

Despite the major recent tensions between both China and Russia and their Western partners, the five world powers said they saw “the avoidance of war between nuclear-weapon states and the reduction of strategic risks as our foremost responsibilities.”

The powers added: “We each intend to maintain and further strengthen our national measures to prevent unauthorised or unintended use of nuclear weapons.”

The statement also pledged to abide by a key article in the NPT under which states committed to full future disarmament from nuclear weapons, which have only been used in conflict in the US bombings of Japan at the end of World War II.

“We remain committed to our NPT obligations, including our Article 6 obligation” on a treaty on general and complete disarmament under strict control.

According to the UN, a total of 191 states have joined the treaty. The provisions of the treaty call for a review of its operation every five years.

The statement comes as tensions between Russia and the US have reached heights rarely seen since the Cold War over a Russian troop build-up close to the Ukrainian border.

That has raised fears that the Kremlin, worried by the possibility of further eastward expansion of NATO, is planning a new attack on its pro-Western neighbour. Crunch talks between Russia and the US on European security are expected in Geneva on January 10.

Meanwhile, the rise of China under President Xi Jinping has also raised concerns that tensions with Washington could lead to conflict, notably over the island of Taiwan.

Russia welcomed the declaration by the atomic powers and expressed hope it would reduce global tensions.

“We hope that, in the current difficult conditions of international security, the approval of such a political statement will help reduce the level of international tensions,” the Russian foreign ministry said in a statement.

China’s vice foreign minister Ma Zhaoxu was quoted by the official Xinhua news agency as saying the pledge “will help increase mutual trust and replace competition among major powers with coordination and cooperation”.

The idea that any nuclear war would be unwinnable was evoked by Soviet leader Mikhail Gorbachev and then US president Ronald Reagan in 1985 but this was the first time it had been raised by these five powers, said Marc Finaud, head of arms proliferation at the Geneva Centre for Security Policy.

“They have taken the lead and returned to this doctrine” after demands from non-nuclear states and NGOs, he told AFP.

The joint statement also came as the world powers seek to reach agreement with Iran on reviving the 2015 deal over its controversial nuclear drive, which was rendered moribund by the US walking out of the accord in 2018.

Washington has repeatedly warned that time is running out to agree a deal. The latest round of talks got underway in Vienna on Monday.

Iran foreign ministry spokesman Saeed Khatibzadeh said “we sense a retreat, or rather realism from the Western parties in the Vienna negotiations.”

In an op-ed in international media published late last year, UN Secretary General Antonio Guterres described the existence of 13,000 nuclear weapons worldwide as a growing threat, with the risk they could be used higher than at any time since the Cold War.

“Nuclear annihilation is just one misunderstanding or miscalculation away,” he said, describing nuclear weapons as a “sword of Damocles” over the planet.

Jean-Marie Collin of the French branch of the International Campaign to Abolish Nuclear Weapons (ICAN), also welcomed the “positive” declaration.

But “the fact that everyone is modernising and renewing their arsenals at the same time totally undermines it,” he told AFP.

India and Pakistan, however, have also developed nuclear weapons, while Israel is widely believed to possess nuclear arms but has never officially acknowledged this.

These three states are not signatories of the NPT. North Korea, which has also developed nuclear weapons, pulled out of the NPT in 2003.

Non-proliferation treaty at a glance

The Treaty on the Non-Proliferation of Nuclear Weapons (NPT) is designed to curb the spread of nuclear arms and promote the peaceful use of atomic energy.

It was scheduled to come up for review on January 4, but the date has been pushed back to later in the year due to the Covid-19 pandemic.

In a rare statement Monday, five of the world’s main nuclear powers pledged to prevent the spread of atomic weapons, and to avoid nuclear conflict.

– It has been ratified by more countries than any other arms limitation agreement.

– Signatories include the five recognised nuclear weapon states the United States, Russia, Britain, France, and China — that are also the five veto-wielding permanent members of the UN Security Council.

– The International Atomic Energy Agency (IAEA) is tasked with ensuring that efforts to develop nuclear energy are not diverted towards making atomic weapons.

– North Korea is the only country to ever withdraw from the treaty.

– Iran is a founding signatory of the treaty, but the status of its nuclear programme is in dispute.

2. Disarmament, with all signatories urged to promote nuclear and total disarmament.

3. The right to peacefully use nuclear technology for all non-weapon countries that can demonstrate their nuclear programs are not used for military purposes.

Review conferences are held every five years to assess progress on disarmament and the tougher monitoring of nuclear programs worldwide.