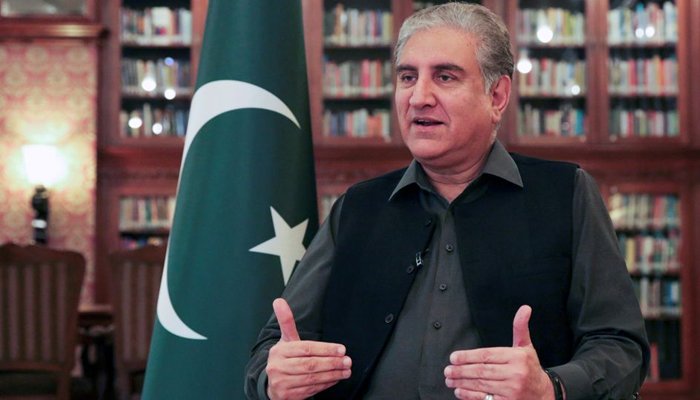 ISLAMABAD: Foreign Minister Shah Mahmood Qureshi said Monday some “miscreants” were looking to exploit the situation on the Pak-Afghan border.  The foreign minister, addressing a press conference in the Federal Capital, said Pakistan would resolve the border fencing issue with Afghanistan diplomatically. “The border fencing works are underway.”

Highlighting the country’s diplomatic efforts in the previous year, the foreign minister said that Pakistan achieved historic milestones through robust economic, public, and science diplomacy. FM Qureshi termed the previous year as a “significant one” as Pakistan had “proactively and consistently” advanced its diplomatic objectives on a range of diplomatic fronts — both bilaterally and multilaterally.

FM Qureshi highlighted that in 2021, about 85 bilateral exchanges with over 50 countries and 35 senior leadership visits to Pakistan had taken place. Over 50 high-level multilateral engagements, participation at 35 international forums, and 32 senior leadership visits by Pakistan were recorded during the previous years, he added. The foreign minister further said the UN adopted five Pakistani sponsored or cosponsored resolutions. “114 Pakistan missions were made functional online through popular social media platforms.”

About ties with Beijing, he said 2021 marked an important milestone in Pak-China friendship, as the two countries celebrated the 70th anniversary of the establishment of diplomatic relations in a befitting manner with over 140 events and activities held across both countries. The foreign minister elaborated that Pakistan’s exports to China during the first 10 months of 2021 were recorded at the US $ 2.85 billion (growth of 77% year-on-year).

He regretted India’s continuous negative attitude had made the most effective forum for economic cooperation and development dysfunctional. On relations with India, the foreign minister said, unfortunately, India’s hostile behaviour has averted prospects of durable peace and stability in the region, and the great potential for economic development, and regional cooperation.

FM Qureshi said BJP-RSS Hindutva-inspired leadership had adopted a “particularly irresponsible and politically motivated anti-Pakistan posture and a patently anti-Muslim approach at home”. He said New Delhi’s unilateral and illegal actions in Indian Occupied Jammu and Kashmir (IOJK) since August 5, 2019, aimed at undermining the status of the disputed territory, perpetuating its illegal occupation, and altering its demographic structure.

The foreign minister said the unabated widespread violations of human rights and international humanitarian law and state-terrorism against the innocent Kashmiris had further vitiated the environment and threatened international peace and security.

“Pakistan desires friendly relations with all its neighbours including India. But as the prime minister has said, the onus is on India to take necessary steps to create an environment conducive for dialogue. Resolution of Jammu and Kashmir dispute is a prerequisite for durable peace and stability in South Asia,” he reiterated.

The foreign minister further elaborated that in one of the biggest ever crackdowns in the IOJK, 1,400 Kashmiris were arrested arbitrarily in October 2021. Since August 5, 2019, more than 502 Kashmiris have been martyred by Indian occupation forces in fake encounters and extra-judicial operations.