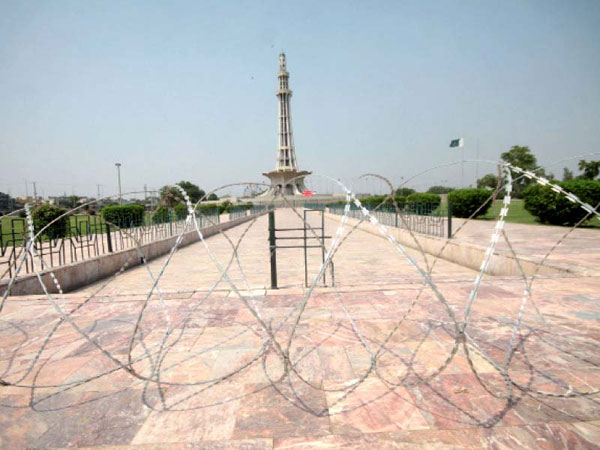 Two veiled males were arrested in Lahore on Sunday for harassing women at the Greater Iqbal Park Lahore where Minar-e-Pakistan is located.

After spotting two veiled ‘women’ engaging in questionable activities in the park, police officers stationed at the Minar-e-Pakistan approached them for inquiry.

When the authorities interrogated the two suspected women, they discovered that they were actually young guys wearing veils.

Usman and Subhan were apprehended right away.

On Sunday night, the men were detained at the Lari Adda Police Station in Lahore for further investigation.

After the video of the mass assault on a young TikToker on August 14, 2021, the Greater Iqbal Park has been in the spotlight. The harassment episode on Independence Day sparked a national outcry, and violence against women in public places was condemned.