AGP to bring Nawaz back: Fawad

* Information minister says either Shahbaz should ask Nawaz to return or he should be tried for providing a fake affidavit
* SBP not pawned to IMF; govt to appoint its board of governors
* Govt didn't borrow money from SBP even once during three years 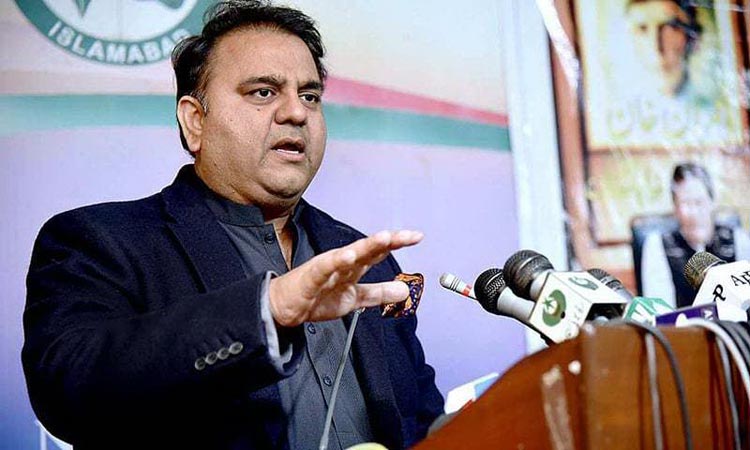 Nawaz had left the country in 2019 after his seven-year sentence for corruption was suspended by the Islamabad High Court for eight weeks so he could seek medical treatment abroad.

He never returned and was declared a proclaimed offender by multiple courts and absconder by the government.

Talking to the reporters in Karachi, he said being guarantor either Shahbaz Sharif should ask Nawaz to get back or a legal action will be taken against him for providing a fake affidavit in this regard. The minister also criticised the Sindh government and said seemed the PPP was exacting revenge on the people of the province, says a news report. He said Sindh was the only province where citizens could not benefit from the health card due to the policies of the provincial government.

To a question, Fawad said the government will get the Finance (Supplementary) Bill 2021 passed by January 20 adding that the economy was fast stabilizing due to the prudent economic policies of the government.

He said special attention was being paid to the agriculture sector, while record production had been achieved in five crops.

Fawad claimed that when PML-N leader Ishaq Dar was the finance minister, the SBP deputy governor used to help him launder money. “We don’t want such institutions. We want strong institutions,” he said, adding that the move was also a part of the PTI’s manifesto.

“We have not pawned away the state bank to the IMF,” he said, adding that the government had not borrowed money from the SBP even once during the last three years. “It used to be so easy to call the state bank and tell them to print more notes, like what Nawaz and Dar did,” he said. Lashing out at the former finance minister, Fawad said Dar gave directions to print “trillions”, which had drastically affected the economy. “So you never [bind] institutions to the point where they are no longer capable of performing. We believe in independent institutions,” he said.