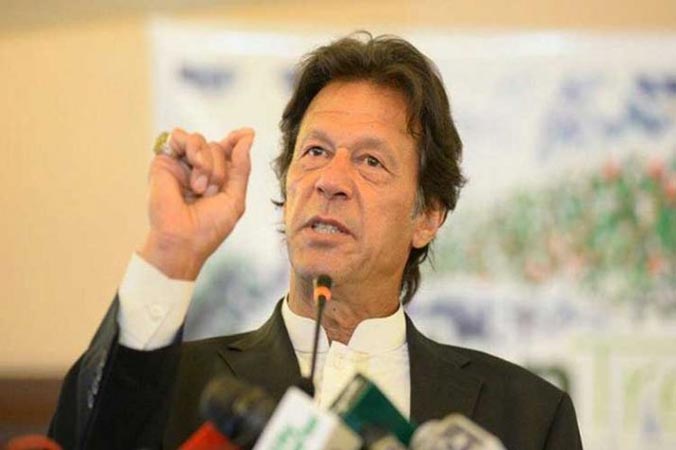 A number of eminent Muslim scholars Sunday stressed the need for tackling issues emanating from globalization and a plethora of untamed information on the internet through proper guidance of the Muslim youth.

Sharing their thought-provoking views, they highlighted that through creation of adequate awareness about the Seerah and Sunnah of the Holy Prophet (Peace Be Upon Him), the Muslims youth should be educated to glide through the current age challenges.

In the second part of the dialogue with Prime Minister Imran Khan held by the National Rehmatul-lil-Alameen Authority, on the topic of ‘Riyasat-e- Medina, Islam, society and ethical revival’, they dotted down certain collective efforts by the Muslim countries to brace the negative impacts of modernity upon the Muslim youth.

They responded to various questions raised by the prime minister about the unbridled availability of social media material, corruption, rising sexual abuses against women and children and other contemporary challenges posed to the Muslim youth and society.

Taking part in the discussion, Dr Seyyed Hossein Nasr, University Professor of Islamic Studies at the George Washington, US, said alluded to the impacts of the modernistic trends upon the Muslim youth which could be felt much more than ever.

The youth should be taught that spirituality was a real phenomenon while the mundane attractions were temporary.

“Today, the world is more precarious and dangerous for the youth,” he said, adding that the Muslim youth should be guided through the teachings which were authentic and pertaining to the current challenges.

Dr Nasr also denounced that in the West certain non-serious elements talked about Islam in negative tone, which was tantamount to attacking the religion.

He maintained that Islam offered solution to the most urgent issues of today.

He said the Muslim countries were blessed with tremendous resources and they could utilize it to revive and preserve their culture on the basis of faith in the religion.

Dr Nasr said solution to present day challenges could not be resolved within 24 hours as there was dire a need for gradual awareness.

Shaykh Hamza Yusuf, an American scholar, responding to the prime minister’s query about the corruption and increasing trend of offenses against women and children, agreed that these were the profound problems rising from greed in a society.

The prime minister said sexual crimes had increased sharply in the society and the same case was with the corruption as these issues were not confined to one country.

He opined that a society had to take stand against corruption making it unacceptable.

Dr Yusuf likened the issue of corruption to a rotten apple which could decay a society.

He said the Holy Quran had explained the issue of corruption and its impacts upon individuals and society.

He said Islam had tasked the men to take care of the womenfolk and children in a society, stressing that youth should be inculcated to honour women.

The Holy Prophet (PBUH) had always stressed upon respect and protection of the women and children, he added.

Dr Timothy Winter/Abdal Hakim Murad of the Cambridge, UK, said information on mobile phones for the young generations was a real challenge for the most of societies across the globe.

The youth had become addicted to certain undesirable material which led to permanent damage, he added.

He said use of internet had now become a global phenomenon which should be resolved through global efforts.

He regretted that thousands of cases of harassment against women had been reported.

Dr Murad said the modernity had brought manifold issues and the crises was ever escalating and also referred to ‘Me Too’ movement launched in US which reflected societal changes.

Dr Recep Senturk, a Turkish academic, and president USUL Academy, Turkey, shared that in the face of global problems, the Muslim youth should be advised to adopt ethics derived from the Sunnah of the Holy Prophet (PBUH).

They should be encouraged to develop their intellectual independence by following the Sunnah and rid themselves from the global hegemony, he added.

He said the Holy Prophet (PBUH) had been an embodiment of blessing for all the races and ages.

Dr Chandra Muzaffar, a Malaysian sociologist and thinker, suggested holding of conferences of the Muslim youth so that they could participate and speak out their minds and articulate their position over the contemporary challenges and solutions.

He said during the climate change conference in Switzerland, the youth participants had vented their anger against climate issues and shared their thoughts.

Dr Chandra acknowledged that Muslim youth had respect for the dignity of human beings, adding, the Holy Prophet (PBUH) had brought different people together.

“The people across the world should realize that all burning issues in today’s world are the shared challenges to which Islam had beautifully provided solution centuries ago,” he said.

Dr Osman Bakar, an emeritus professor of philosophy at the University of Malaysia, opined that it was encouraging that students in universities and colleges were keen to learn about the spiritual traditions.

Sheikh Abdullah bin Bayyah, Chairman of Fatwa Council UAE, said they were living in the age of globalization and invasion of social media, internet and other things which had been casting huge impacts upon youth.

Sheikh Abdullah underlined the need for establishment of university for the Muslim youth that could focus on teaching morals and ethics.

He said the youth of Pakistan should learn more about the people like Allama Iqbal.

The prime minister hinted that he would be holding similar dialogue with the renowned scholars in the future so as to get their enlightening views about the contemporary He said his idea of establishment of National Rehmatul-lil-Alameen Authority in Pakistan was to unite human beings under the teachings of Seerah and raise standards of morality and ethics in the society.