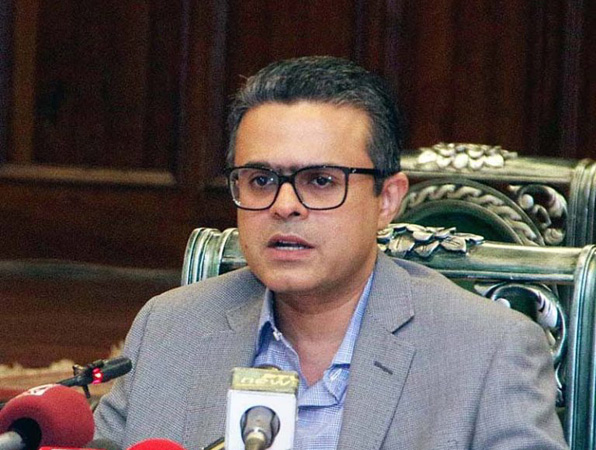 Special Assistant to Punjab Chief Minister Hasaan Khawar said on Sunday that the Pakistan Tehreek-e-Insaf (PTI) government by providing health cards to the people of Pakistan had done which the most modern and richest states in the world could not do.

” The incumbent government will keep serving people to ensure their well-being. The Punjab government would ensure implementation of the PTI’s manifesto in a real sense, he added.

He said: ” I pray to The Almighty, Allah, to keep the opposition away from the politics of self-interest and anarchy.”

TDCP starts daylong tour to Kartarpur, SACM: Special Assistant to Chief Minister (SACM) Punjab on Information Hasaan Khawar said on Sunday that the Tourism Development Corporation of Punjab (TDCP) had started a daylong tour from Lahore to Kartarpur besides a three-day and two-night tour to south Punjab.

Talking to the media here, he said that Kartarpur tour would be held on weekly basis, and for a group of 20 people, the tour would cost Rs 2,700 per person.

Regarding south Punjab tour, the special assistant said that it had been started with an objective to increase tourism spotlight there.

He said, “South Punjab has a rich history with a lot of cultural diversity.”

Hasaan Khawar said that in south Punjab tour, Multan, Bahawalpur and Derawar Fort were included, adding that the tour would cost Rs 17,500 per person.

He said that in two months, a tour would be launched which would introduce people with shrines of different Sufi saints. Efforts were also being made for promotion of heritage and religious tourism, he added.

He said that government was focusing on eco tourism and preservation of tourism sites.

The SACM said after a very long time, the TDCP had staged a comeback in the tour operators industry. He said that the Pakistan Tehreek-e-Insaf (PTI) government was determined to strengthen the TDCP and Chief Minister Sardar Usman Buzdar had ordered for utilising department for effective promotion of tourism in the province.

He said it was unfortunate that the country had not utilised full potential of the tourism sector like other countries. Hasaan said the country had a great tourism potential and different flavours of tourism were available for the nature-lovers. The SACM said that publicity, investment and service failures were some reasons which created hurdles in promotion of tourism.

He said that the PTI government was committed to promoting tourism in line with the vision of Prime Minister Imran Khan. He said that in Punjab new tourism places were being developed including Kotli Sattian, Fort Munro and others.

The SACM said that work would be done for promotion of agriculture tourism and culinary tourism soon.