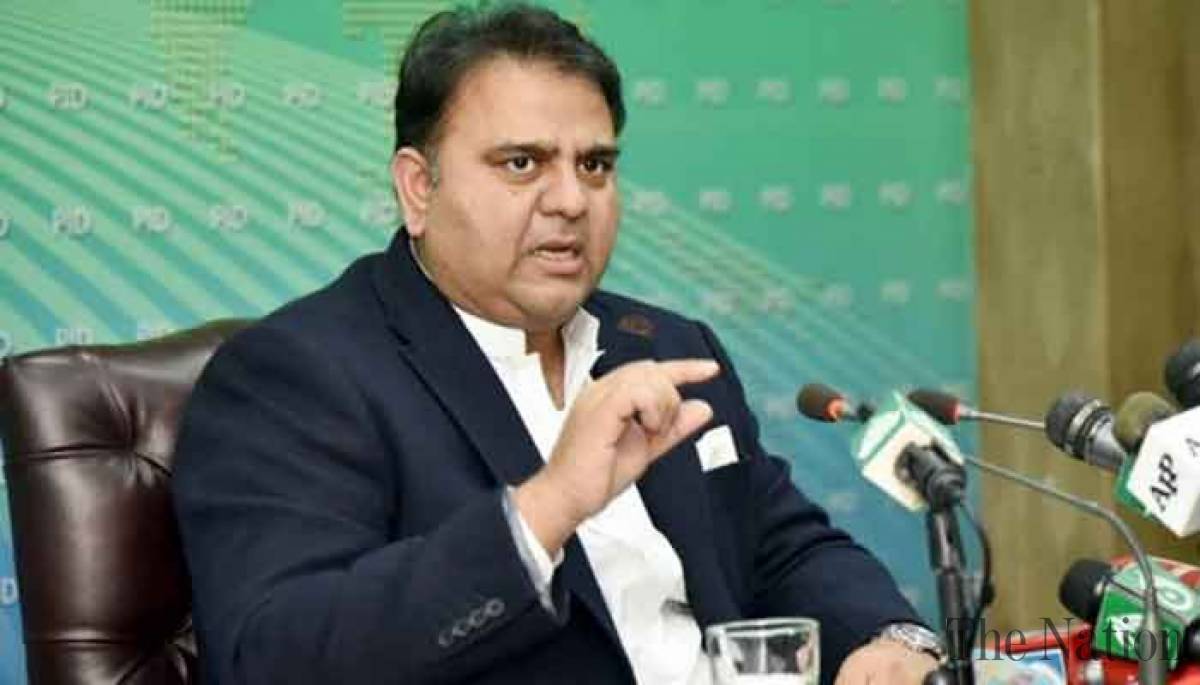 ISLAMABAD: Minister for Information and Broadcasting Fawad Chaudhry said on Sunday said that Prime Minister Imran Khan has directed the attorney-general of Pakistan (AGP) to ensure PML-N supremo Nawaz Sharif is brought back to the country.

The minister also criticised the Sindh government and said that it seems the “PPP is taking revenge from the people of the province.”

He said that Sindh is the only province where citizens could not benefit from health cards due to the policies of the provincial government.  Fawad said that Pakistan was bound to return $55 in the next five years to lenders, adding that giving autonomy to the State Bank of Pakistan was in the best interest of the country.

Responding to a question, Fawad said that the government will get the Finance (Supplementary) Bill 2021 passed by January 20.

The minister maintained that economic stability is returning to Pakistan due to the prudent economic policies of the PTI- government and said that special attention is being given to the agriculture sector, while record production has been achieved in five crops.

Following Fawad’s press conference in which he criticised PML-N’s leadership, the party’s spokesperson Marriyum Aurangzeb said that “Nawaz Sharif had gone abroad for treatment after seeking permission from the country’s judiciary.”

“Nawaz will only return to Pakistan after the completion of his medical treatment upon the doctor’s advice,” she said, adding that of all the accusations levelled against Shahbaz Sharif, none have been proven so far.

“Issuing statement against Nawaz and Shahbaz on a daily basis shows how panicked the government is,” Marriyum said.

She went on to say that instead of telling the attorney general to ensure Nawaz’s return to Pakistan, the government should direct him to take action against those who steal wheat, sugar, electricity, gas, and medicines.

“The government should instead direct the attorney general to take action against those involved in money laundering, corruption, and those who brought the curse of inflation upon the masses,” she said.

In response to Fawad’s comments about health cards in Sindh, PPP MNA Shazia Marri said that Sindh is the only province in the country where people can get free treatment for cancer, heart, liver, and kidney diseases.

“People from all over Pakistan, including Punjab and Khyber Pakhtunkhwa, come to Sindh to get free-of-charge treatment for their ailments,” she said, adding that Imran Khan is “against the existence of the National Institute of Cardiovascular Diseases (NICVD) in Sindh.”

“Imran Khan is upset because Sindh is able to provide free treatment to cancer patients,” Marri maintained. “The so-called health card does not provide medicines for cancer, heart, liver and kidneys.”

Marri went on to say that PM Imran Khan is accountable to the nation as to how his government utilised the Rs40 billion worth of coronavirus funds.

Taking a jibe at the federal information minister, Marri said that “people of Khyber Pakhtunkhwa suffering from the shortage of gas [but instead of resolving their issues] Fawad Chaudhry is having fun in Karachi.”