A happy new year is a pipe dream so far 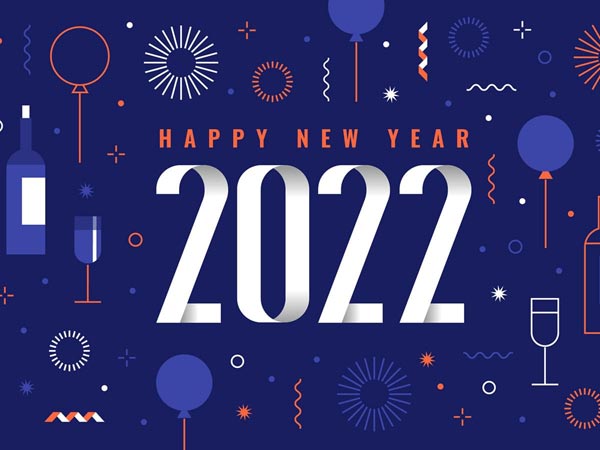 “In short, the true courage is to admit that the light at the end of the tunnel is most likely the headlight of another train approaching us from the opposite direction.” Slavoj Zizek.

The happy New Year is little less than circumventing the unimaginable blunders the tech and industrial magnates of the world have done to earth. We hear news items that the climate is undergoing a drastic change and this is going to lead us to our eternal doom. In addition, scientists have noted that the earth over the course of the past several thousand years has witnessed climate changes but the rapidity of the recent climate change is unprecedented. However, there is no catch in celebrating an event and bringing some evanescent happiness in our lives, the thing which merits brooding is: how to make this world a happier place for all to live and put an end to exploitation in any form.

The time and space we live in are the same and there is no peculiarity that distinguishes the coming year from the previous year. Only a single digit earmarks one year from another year and all the months, days and weeks are invariant and in lieu of celebrations one should with an obdurate sense of urgency analyse the drawbacks of the last year.

Late Lahore based poet Faiz Ludhianvi, who is conflated with Faiz Ahmed Faiz, has written a blank verse in stark satirical tone about the hackneyed New Year fete which I have mentioned above that the most glaring earmark of New Year is a change of digit. However, Faiz Ludhianvi writes,

Moreover, the great psychiatrist and holocaust survivor Victor Frankl in his fantastically sullen book, mans’ search for meaning, writes, “For success, like happiness, cannot be pursued; it must ensue. … And it only does so as the unintended side effect of one’s personal dedication to a cause greater than oneself or as the by-product of one’s surrender to a person other than oneself.” This is why I am proposing that the evanescent celebrations are momentous but are very brief ones.

Another major phenomenon associated with New Year celebration is the proverbial New Year resolutions which are set up to marshal somnolent courage and buckle up in realizing them but in effect these resolutions remain unrealized. What Frankl noted is indubitable that any resolution, be it in the form of success or happiness, must ensue. A thing ensues not as a direct result of something else but as a side-effect which sneaks into our lives so clandestinely that one hardly notices it. What I construe from Frankl’s statement is sincerity. When you sincerely do your work without presupposing a phantasmagoria; what ensues is a fair fruit of the toil and most of all, if there is any, the dark side of the failure will not leave a hurtful imprint since there was no phantasmagoria included in your toil.

That being said, the important question is what one should do if not celebrate? People are dying of hunger, our ecology is blighted, and the technological disruptions are wreaking havoc and at crossroads of such times humanity must heed the warnings about the imminent disaster that will take all of us by storm. Moreover, the statistics collected by Oxford poverty and human development initiative portray a very bleak picture of the preceding year. The report says, ” across 109 countries 1.3 billion people – 21.7 percent – live in acute multidimensional poverty.” About half are children under 18.

The temperature across the world is witnessing an unprecedented soaring. Most European countries, where the climate is cold, witnessed hellish bouts of summer with temperature rising to 53 degrees Celsius. To make it relevant, due to vicissitudes in climate according to sources in 2040 Pakistan would be the most water-stressed country in the region. And in every New Year things run afoul even at a more rapid pace.

Slovenian philosopher Slavoj Zizek writes in one of his essays published in Jacobinmag that what to do in such a predicament into which we are hurtled by the tech magnates. He pithily states that we should ” above all avoid the common wisdom according to which the lesson of the ecological crises is that we are part of nature, not its centre, so we have to change our way of life – limit our individualism, develop new solidarity, and accept our modest place among life on our planet.”

Zizek writes that we should not consider ourselves in such a juncture what Marx called universal being; living like all other species and eviscerating ourselves of being the centre of all this complexity and perceiving ourselves as ” minor moment of the natural totality. Rather than escaping we should take the bull by the horn.

Zizek further writes, ” to escape into the comfortable modesty of our finitude and mortality is not an option; it is a false exit to a catastrophe.” True, if we behave as though we are absolved of what has happened so far and recede to nature and start scraping a living as other animals do then this would be facetiously harmful.

In a similar vein Zizek rebukes Judith Butler on her remark that, “An inhabitable world for humans depends on a flourishing earth that does not have humans at its centre. We oppose environmental toxins not only so that we humans can live and breathe without fear of being poisoned, but also because the water and the air must have lives that are not centred on our own.” If we deny our centrality, then it is way late and the incredible destruction and annihilation that we have done as Homo sapiens to this earth will not be expiated by only forgoing our centrality. We need to take a radical step which is collective intervention into our environment.

With what we can play our central role to abate the pace of ecological destruction? The current political system known as liberal democracy has numerous drawbacks. One can wager that all the pollution, changes in climate and disruptions in social settings are unleashed with the arrival of liberal democracy and industrialization which is a part and parcel of it. Zizek alerts us, ” upon a closer look, it is clear that representative political democracy alone will not be sufficient for this task. A much stronger executive power capable of enforcing long-term commitments will have to be combined with local self-organizations of people, as well as with a strong international body capable of overriding the will of dissenting nations.” Zizek at this point envisages a type of communism, of course not the Chinese version, which could foist upon the rich people and those residing in the highest echelon of powers a policy more global and egalitarian. The gore and blood associated with communism is a loose way of understanding it. Communism like any other ideology is a sphere of knowledge and we can use it for our collective purpose.

Furthermore, according to a report which is making rounds on twitter, that the world’s 10 richest people added $ 400 billion to their fortune in 2021. How one should celebrate a year which is only a bonanza for these top 10 richest people on earth? Elon Musk, Jeff Bezos, Bill Gates and many richer people should celebrate New Year as every New Year will only accrue more wealth to their fortunes.

The fortunes which they are stockpiling are not blessings from God. If anything these fortunes are the ruthless depredations of our individual labor; all of us who are deprived of quality education, salubrious health facilities and dignified job security.

This piece began with the caution of the futility of any alternative by Slavoj Zizek. Notwithstanding what Zizek had blurted, in these junctures there is a need of urgent reckoning of our collective response to capitalism and its regressive designs. We all can play our individual role in the same way as a butterfly flaps its wings in the Amazonian jungle, and subsequently a storm ravages half of Europe. Our individual dabbling will bring some severe change only if our willpower is overwhelming for this cause. But with celebrating New Year which only adds billions of dollars to the fortunes of rich people,” the light at the end of the tunnel is most likely the headlight of another train approaching us from the opposite direction.”