At least 12 killed in IIOJ&K stampede 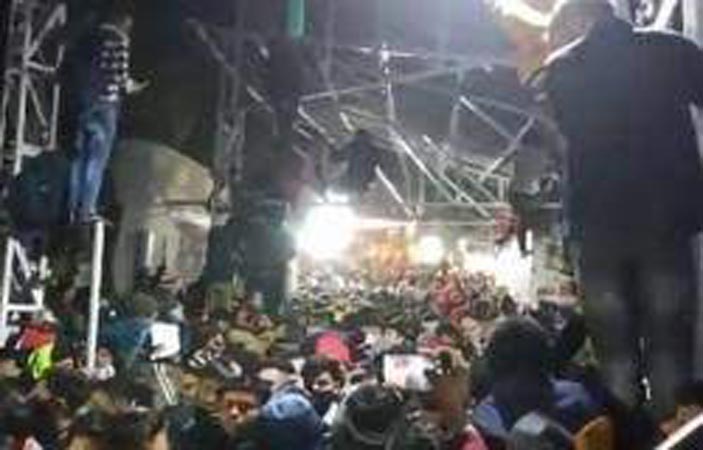 At least 12 people died and 13 were injured in a stampede at a religious shrine in Indian Occupied Kashmir in the early hours of Saturday as thousands of pilgrims massed to offer prayers, officials said.

The disaster happened around 3:00am while it was still dark on the route to the Vaishno Devi shrine in Indian Illegally Occupied Jammu and Kashmir (IIOJ&K), one of the country’s most revered Hindu sites.

“People fell over each other… It was difficult to figure out whose leg or arms were tangled with whose,” witness Ravinder, who gave only one name, told AFP by phone from the scene.

“I helped pick up eight bodies by the time ambulances arrived after about half an hour. I feel lucky to be alive but am still shaking with memory of what I saw,” he said. One official said there was a rush to offer special prayers for the New Year but this was not confirmed by others.

Millions of shrines dot Hindu-majority India’s cities, towns and villages as well as remote sites in the Himalayas or in jungles in the south.

Authorities had capped the daily number to 25,000 but witnesses and press reports said that this may have been exceeded several times over.

Video footage on social media showed small minivan ambulances with flashing lights rushing to hospitals while it was still dark, as well as massive crowds.

Access to the shrine was halted after the stampede but later resumed.

The shrine to Vaishno Devi, a manifestation of Hindu goddess Vaishnavi, is in the hills some 60 kilometres from the city of Jammu.