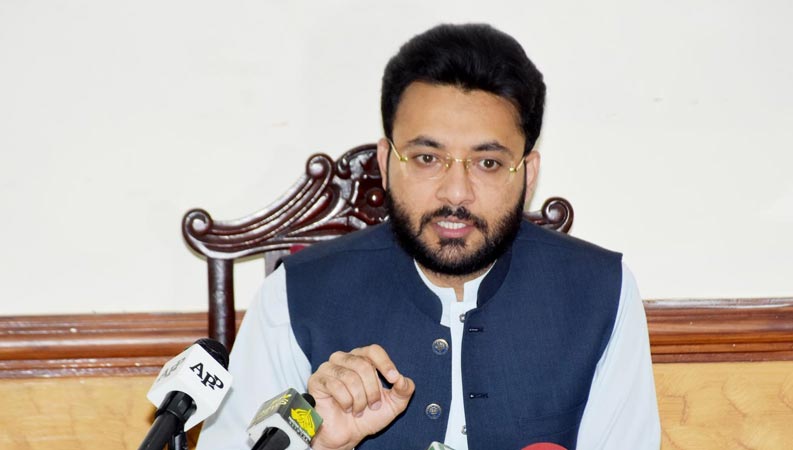 State Minister for Information & Broadcasting Farrukh Habib has said that Pakistan will continue to tread the road to progress and prosperity due to prudent policies of Prime Minister Imran Khan.

He was talking to the media here at Sammundri Road after visiting various development projects in his constituency NA-108 on Saturday. He recounted the successes of previous year and said that United Nations and other international organisations had openly acknowledged the smart lockdown policy of Pakistan, which helped it win top position in returning back to normality despite COVID-19 pandemic.

He said that the new year would bring more good news for Pakistanis as the country had achieved the ambitious target of vaccinating more than 70 million people till Dec 31, 2021. He dispelled an impression that all vaccine was donated by international organisation. He said the government spent $2 billion on the purchase of vaccine. In this connection, he specially lauded the services of Federal Minister Asad Umar, Dr Faisal and NCOC, who are working day and night to save people from pandemic. He termed the Punjab health card a gift of present government for the new year and said that health sector remained neglected by the previous governments, but this government had given top priority and every family in Punjab will get free treatment up to Rs 1 million. He rejected the criticism of Chief Minister Punjab Sardar Usman Buzdar and said that he had privilege to present record development budget of Rs 750 billion whereas the PML-N had presented much trumpeted budget of Rs 488 billion. He said that Punjab utilised 98 per cent of the allocated funds previous year, which reflected that the government was not only allocating funds but also making efforts to utilise it for welfare of masses. About Faisalabad, he said that it got a package of Rs 13 billion for roads and infrastructure projects and the amount had already been released.

He said that 20 new universities, eight new hospitals and a number of industrial estates and special economic zones were being developed to spur the economic growth. Similarly, 7,000 primary schools had been upgraded to middle level while a mega irrigation project had been launched to upgrade the existing canal system.

He said that water supply and sewerage system was being upgraded in the province which would bring a qualitative improvement in the life of common man. He termed Shehbaz Sharif a photo-shoot personality while Usman Buzdar was working in true sense.

He said the Federal Board of Revenue (FBR) had collected Rs 2,900 billion which is 32 per cent higher than the amount collected last year. The target was Rs 2,600 billion and the collected amount was more than it, he added. He rejected the allegations that increase is due to increase in sales tax and said that additional Rs 300 billion had been collected under income tax head. During the PTI government, 70,000 corporate entities were registered which earned huge profit of Rs 1,000 billion. During the PML-N tenure, only 20,000 companies were registered that earned Rs 500 billion profit. He said that 68 per cent increase was recorded in car production, 15 per cent in tractors and 64 per cent in trucks/ buses, while cement production was also increased by 6.9 per cent.

He said that the government was taking fundamental and radical measures to streamline the business and in this connection, the first-ever auto and SME policies were also introduced and now young startups could get loans up to Rs 10 million without any guarantee. He said that the prime minister had taken yet another unique initiative and public friendly step to provide shelter to the homeless individuals and for this purpose, Rs 100 billion had been approved while Rs 34 billion had so far been disbursed.

He said that 10 new dams were under construction which would not only overcome shortage of water but also produce cheap electricity.