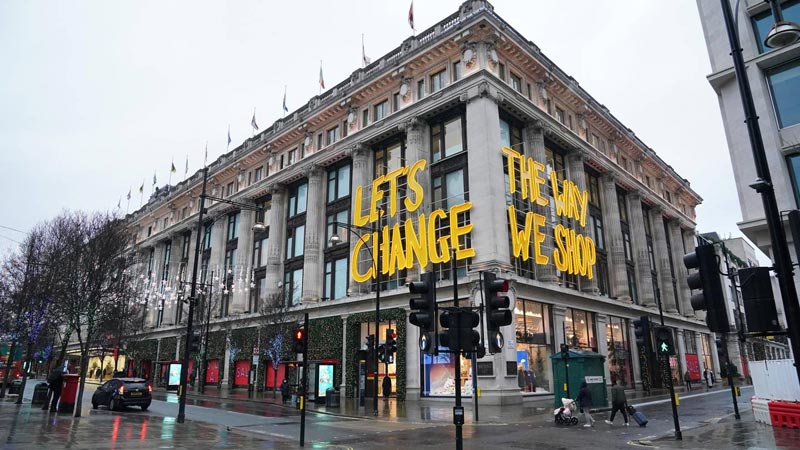 The new owners of Selfridges are planning to open a luxury hotel as part of a major revamp of its flagship store.

The 113-year-old business, whose UK stores are in London, Manchester and Birmingham, was sold by the Weston family for £4billion on Christmas Eve.

Part of it has been empty since 2008 when the old Selfridges Hotel was closed.

Central and Signa plan to develop a luxury hotel as well as serviced apartments. Signa executive chairman Dieter Berninghaus said such a move would mean ‘significant upside potential’ for the new owners.

‘The purchase price merely reflects the valuation of the main Selfridges building and its retail utilisation,’ he told the Financial Times.

Central and Signa, which already jointly own Swiss department store chain Globus and Berlin department store Kadewe, will also focus on food. Berninghaus said: ‘We plan to trade up the food hall of Selfridges.

That is one of our core competencies we have in the group. We operate the best fine food delicatessen business in the world.’

Selfridges was founded by American Harry Gordon Selfridge in 1908 and has 25 shops worldwide including in Dublin, the Netherlands and Canada.

It was bought by the Weston family for £598million in 2003 in a deal spearheaded by Galen Weston who died in April aged 80. 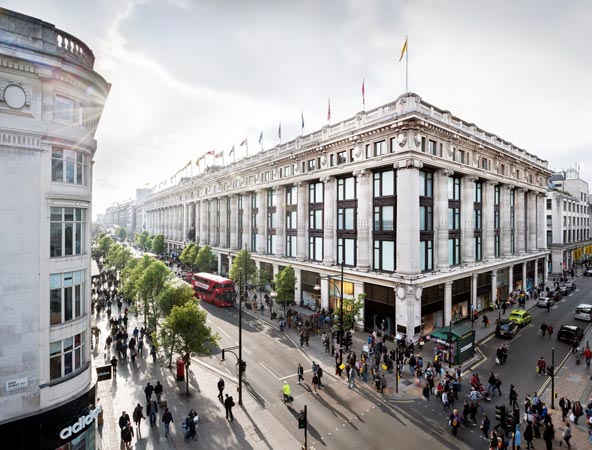 Central Group is controlled by the billionaire Thai Chirathivat family while Signa Group was founded by the Austrian property magnate Rene Benko. The pair will share ownership of Selfridges in a 50-50 joint venture.

The proposed redevelopment in London comes amid a wave of change on Oxford Street that has already seen Debenhams, Topshop, French Connection and Gap shut.

House of Fraser is expected to leave soon while younger rivals such as Primark go from strength to strength.

Selfridges is not alone in planning for the future on Oxford Street.

Marks & Spencer’s Marble Arch flagship store is set for an overhaul. The retailer plans to raze the building and build a new site with half the selling space and several floors of offices above.

The development is set to include a shopping arcade, a small park and possibly facilities such as a gym. John Lewis is also planning to convert its upper floors into offices, as shoppers go online.