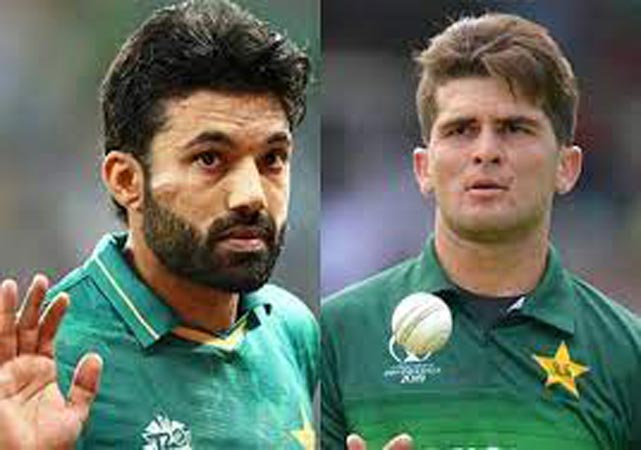 LAHORE: After announcing the nominees of ICC Men’s ODI ‘Player of the Year’ award, the International Cricket Council (ICC) on Friday issued a list of its nominees for Sir Garfield Sobers Trophy ‘Cricketer of the Year’ award, which includes Pakistan fast bowler Shaheen Shah Afridi and opener Mohammad Rizwan. Pakistan pacer Shaheen Afridi took 78 wickets from 36 internationals at an average of 22.20, during his outstanding year 2021. Rizwan scored a total of 1,915 runs from 44 international matches at an average of 56.32 with two centuries in 2021.

England Test cricketer Joe Root comes in next after Rizwan with an impressive 1,855 runs off 18 international matches at an average of 58.37 and six centuries this year. He is also among the four nominees for the Sir Garfield Sobers Trophy. Last but not the least, New Zealand captain Kane Williamson also made the cut for the award. The Black Caps skipper bagged an impressive 693 runs off 16 internationals at an average of 43.31 with one century in 2021. “Match-winning knocks, sizzling spells, superhuman efforts and impeccable leadership,” is how the ICC referred to the traits of its four nominees for the Garfield Sobers Trophy ‘Cricketer of the Year’ award. It is pertinent to mention that Rizwan has also been nominated by the ICC for the ‘ICC Men’s T20 Cricketer of the Year’ award.