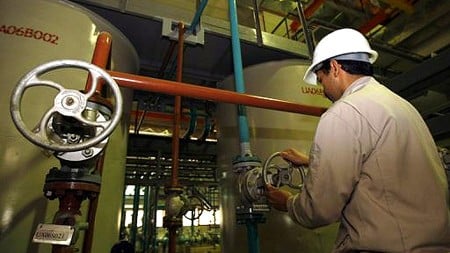 The important milestone coincided with three decades of successful nuclear cooperation between Pakistan and China.

Karachi Nuclear Power Plant Unit-3, commonly known as K-3, is in the final stages of commissioning and after operational and safety tests the plant is expected to begin commercial operation by end of March 2022.

With the introduction of K-2 and K-3 into the national grid, the share of nuclear power in the energy mix of Pakistan will exceed 10 per cent, according to a press release.

A new era in the nuclear power development programme of Pakistan commenced with the signing of ‘Agreement for Cooperation in Peaceful Uses of Nuclear Energy’ between the governments of China and Pakistan in 1986.

However, the first concrete step in the remarkable journey was taken 30 years ago when China National Nuclear Corporation (CNNC) and Pakistan Atomic Energy Commission (PAEC) signed the contract for construction and installation of a 325-megawatt Pressurised Water Reactor (PWR) at Chashma on December 31, 1991.

The cooperation strengthened with the construction of three more nuclear power plants at Chashma Nuclear Power Generation Station (CNPGS) site. The contract for the construction of two more units having a generation capacity of 1100 megawatts each near Karachi was signed on February 18, 2013.

After the groundbreaking of K-2 and K-3 in November 2013, the construction of K-3 was formally started.

Despite the Covid-19 pandemic, both Pakistan and China faced all odds and continued the construction work. K-2 successfully started commercial operation on May 21, 2021, and now K-3 is expected to do so by end of March 2022.

K-2 and K-3 are PWRs based on the Chinese ACP-1000 design and are generation three plants equipped with advanced safety features.