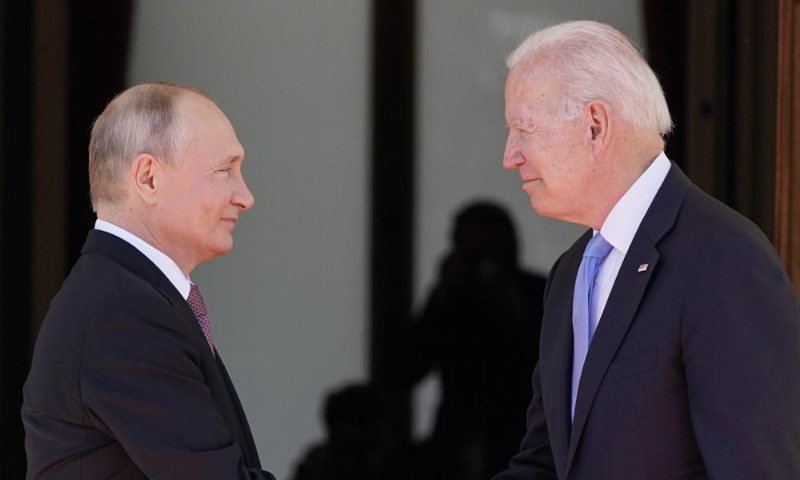 President Joe Biden warned Russia’s Vladimir Putiin on Thursday that the US could impose fresh sanctions against Russia if it takes further military action against Ukraine, while Putin responded that such a US move could lead to a complete rupture of ties between the two nations.

The two leaders spoke frankly for nearly an hour amid growing alarm over Russia’s troop buildup near Ukraine, a crisis that deepened as the Kremlin stiffened its insistence on border security guarantees and test-fired hypersonic missiles to underscore its demands.

Further US sanctions “would be a colossal mistake that would entail grave consequences”, said Putin’s foreign affairs adviser Yuri Ushakov, who briefed reporters in Moscow after the Biden-Putin phone conversation. He added that Putin told Biden Russia would act as the US would if offensive weapons were deployed near American borders. White House officials offered a far more muted post-call readout, suggesting the leaders agreed there are areas where the two sides can make meaningful progress, but also differences that might be impossible to resolve.

White House press secretary Jen Psaki said Biden urged Russia to de-escalate tensions with Ukraine and made clear that the United States and its allies and partners will respond decisively if Russia further invades Ukraine.