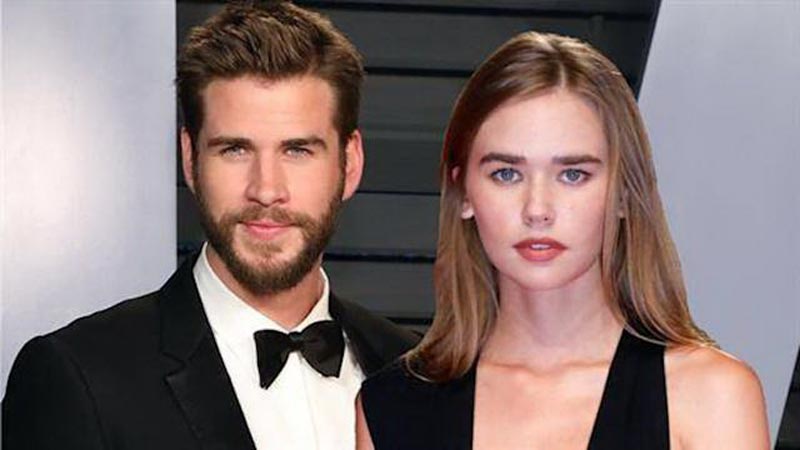 Liam Hemsworth and Gabriella Brooks are simply having a wonderful Christmastime with his family.

On Sunday, Dec. 26, the low-key couple made a rare photo appearance together in an adorable group portrait posted by Liam’s sister-in-law Elsa Pataky on Instagram.

In the post, the Hunger Games actor and model can be seen close to one another as they pose with his family, including Elsa and her husband Chris Hemsworth, in a snowfield.

According to the Daily Mail, the Hemsworth family members are currently on vacation in Europe together and seem to be making the most of it by going skiing, snowboarding, and pushing each other into snowdrifts along the way.

Elsa also showed a little love for Gabriella in her post. The two friends, who have gone on double dates with their movie star partners in the past, could be seen smiling and posing together in the snow. In response, Gabriella commented a simple red heart emoji.

But that’s not the only place the private couple made an appearance.

The couple, who first sparked dating rumors in December 2019, also popped up in each other’s Instagram Stories.

The multiple images of the athletic couple, which are no longer online, ranged from skiing and snowboarding together on the slopes to sweetly sharing a pair of sunglasses.

In January, an insider told E! News that Gabriella had been welcomed into the Hemsworth family with open arms. “The family very much approves and likes having her around,” the source said. “They are happy for Liam that he has found someone that brings out the best in him.”

Describing Gabriella and Liam’s relationship, the insider revealed it was “not a rollercoaster of highs and lows” like the actor’s previous long-term relationship with ex-wife Miley Cyrus. Their breakup was announced in August 2019.

“His relationship with Gabriella is very different from Miley,” they explained, adding that they “like the same things and have the same lifestyle.”