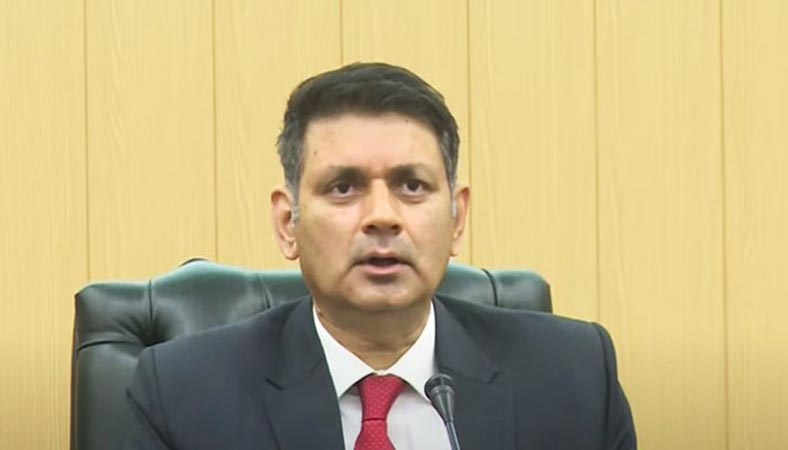 Federal Board of Revenue (FBR) Chairman Dr Muhammad Ashfaq Friday said many things related to the supplementary finance bill, taxes, and the International Monetary Fund (IMF) were twisted in reports creating an unjustified hype among the people.

Addressing a press conference in Islamabad to clear the board’s point of view, the FBR chairman said many taxes that were claimed to have been levied were not actually imposed by the government. Likewise the taxes that were shifted from one place to another were also misinterpreted, he said, adding some changes were made to amend certain laws relating to taxes and duties through the Finance (Supplementary) Bill, 2021.

He was of the view that tax policy reforms were needed for a long time. However, during the previous regimes, whosoever interest groups came, they took their self-interested exemptions by making amendments in the laws and then they went away. He said it had always been demand of the IMF to improve tax system, remove flaws and help the country increase revenues for self-sustenance.

He said every time whenever the country went into the IMF programme, new taxes were imposed but the old exemptions, concerning certain economic group, were not touched upon and these remained embedded in the system.

The exemptions were not withdrawn simply because it would have been politically a very unpopular decision, he said, adding that the current government should be given credit for initiating such most unpopular decision, knowing the fact that these would harm their political strength.

The chairman said these decision would yield results within one or two years as the tax system would be drawn on the right track. The chairman apprised that IMF had demanded Rs700 billion tax and imposition of 17% GST across the board. However, the FBR team managed to negotiate tax exemptions worth Rs343 billion and defended the productive and marginalized sectors of society. Explaining the salient features of proposed Finance (Supplementary-Bill, 2021), he clarified that commodities of daily use by common man such as food items, dairy products, clothing were being kept tax-free in the domestic market. Similarly, import/supply of rice, wheat, meslin, local supply of other grains, fruits, vegetables, beef, mutton, poultry, fish, eggs, sugar cane, beet sugar, and imported vegetable and fruits from Afghanistan were also retained as tax-free. Moreover, milk and fat-filled milk had also been kept as tax-free. The FBR chairman highlighted that various items which might somehow attract adverse impact of tax reforms, had been identified for targeted subsidy, he added.

He said input adjustment would remain available to all taxable business inputs and assured expeditious sales tax refunds to business and industry on import of raw material and capital goods including pharmaceutical sector.

Dr Ashfaq explained that the pharmaceutical firms had been equated with exporters for purposes of release of refunds within 72 hours. Therefore, pharma firms would now be able to claim refunds on GST paid as input tax on packaging material, utilities etcetera which they previously could not – having price tag of Rs35 billion. Expectedly, the prices of medicines in the retail market should come down, approximately by 20%.

He highlighted the breakup of total withdrawn tax exemptions of Rs343 billion saying that they could be broken into three main segments. These segments were pharmaceutical with Rs160 billion, plant and machinery Rs112 billion, and goods Rs71 billion.

It was clarified that Rs272 billion of above tax expenditure on account of machinery and pharma was refundable/adjustable. Only Rs71 billion tax exemptions on goods was the net imposed tax and this tax included tax on luxury goods Rs31 billion and Rs31 billion on business goods.

Only a meager amount of Rs2 billion was related to goods which may affect common man for an elaborate targeted subsidy plan of Rs33 billion had been proposed to protect any segment of population which may get affected even indirectly by the withdrawal of some exemptions etcetera, he added.

He further clarified that federal excise duty (FED) on imported and locally manufactured/assembled vehicles was proposed to be increased on the recommendation of Tariff Policy Board and Ministry of Commerce.

Advance tax on cellular services was proposed to be increased from 10% to 15% while Withholding Taxes were proposed on foreign produced TV serial/dramas and advertisements with foreign actors.

Tax on transfer of newly purchased vehicles had been increased to discourage on-money. Exemptions available to REIT had been extended to special purpose vehicles setup under a REIT.

To a question, the chairman said the current rate of 17% GST was on the higher end which needed to be reduced.

“This is part of our future road map and once we would get fiscal space, we would definitely reduce the General Sales Tax”.