South Africans bid farewell to Tutu on eve of funeral 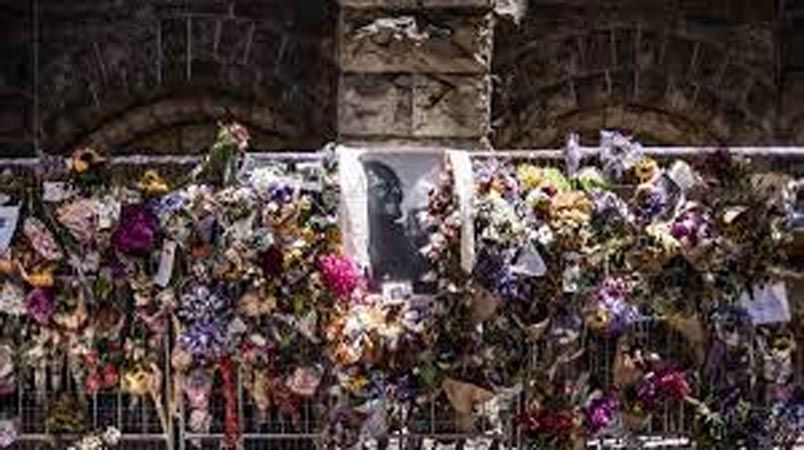 South Africans on Friday took their last chance to pay their respects to Archbishop Desmond Tutu on the eve of a funeral for the revered anti-apartheid fighter.

Members of Tutu’s family hugged and consoled each other as the coffin returned for the second and final day of the lying in state and a band, which included a preschooler trumpeter, played in his honour. The archbishop’s successor, Thabo Makgoba, waved a chalice of burning incense over the coffin before pall bearers — Anglican vicars — took the coffin from a silver Mercedes SUV hearse. They slowly walked up the stairs into the cathedral where Tutu had preached for a decade.

The body will spend the night in the cathedral until the funeral, which will be presided over by President Cyril Ramaphosa. Tutu died peacefully aged 90 on Sunday. His passing unleashed nationwide grief at the loss of the last great hero of the anti-apartheid era, and tributes from world leaders for a man cherished for his righteous anger and humour. Tutu carefully set down details for his funeral, insisting that his coffin be “the cheapest” available, and that it be adorned by a simple bunch of carnations.

Mourners are being asked to donate money to his charitable foundations instead of sending flowers — and even the disposal of his remains is being conducted in an eco-friendly way.

The dean of the cathedral, Michael Weeder, told AFP that Tutu had asked for “aquamation” — a process that supporters say releases just a tenth of climate-alterng carbon dioxide gases compared to traditional cremation. In aquamation, bodies are dissolved in a heated solution of water and alkali in a stainless steel vessel, leaving behind the bones, which are then turned to ash by cremation. The ashes are to be interred at the cathedral. The burial “might be Sunday”, he said in a text message, adding the “family will decide whether it will be private or open to others”.

An artist LibaneSerenji from Johannesburg came to pay respects. He painted portraits of Tutu on a canvas attached to a big tree outside the cathedral. He saw it fit “to come all the way and paint… because he played also a significant role in my life like everyone from Africa,” he said. Another mourner, Antonia Appels had come all the way from the capital Pretoria to stand in line. Tutu was a “moral compass” who had helped to haul country out of the darkness of the apartheid era, she said. South Africa is marking a week of mourning for Tutu, with the country’s multi-coloured flag flying at half-mast nationwide and ceremonies taking place every day.