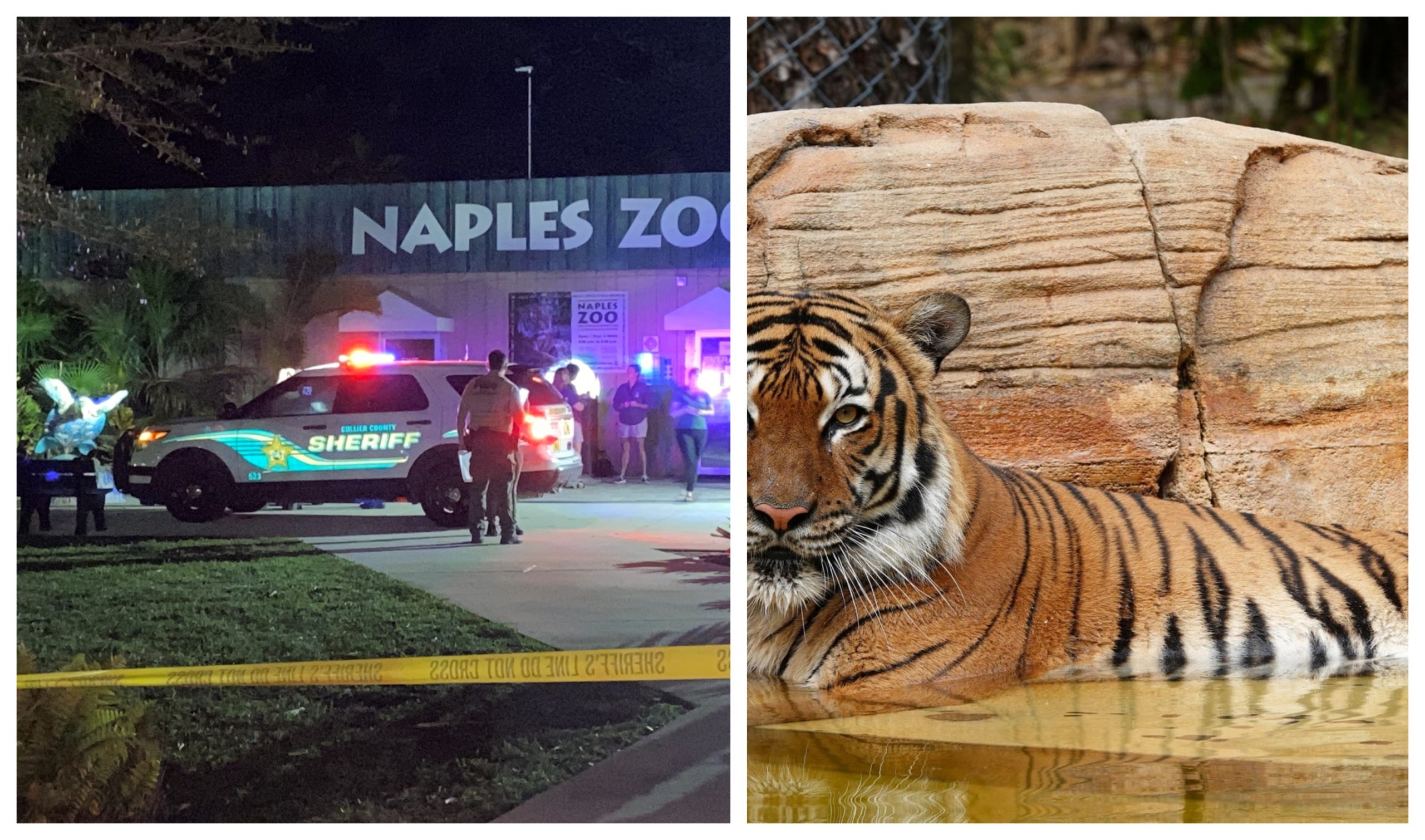 A horrific video of a police officer from Florida fatally shooting a tiger that had attacked a zoo cleaner has gone viral.

THE VIDEO IS GRAPHIC AND VIEWER DISCRETION IS ADVISED

A UK-based news agency The Daily Mail reported that the 26-year-old boy named River Rosenquist lying bloodied on the ground near the tiger enclosure of the Naples Zoo and screaming for help.

The deputies of the Collier County sheriffs were attempting to kick the enclosure of the eight-year-old Malayan tiger named Eko so that he frees the zoo employee animal to free the worker.

The deputy – who thought they were out of options – fatally shot the animal.

The investigation stated that River Rosenquist was to clean the restrooms and gift shop when he wandered into an unauthorized area and stuck his hand into the tiger’s enclosure in order to pet or feed the animal.

The tiger seized his arm and tried to pull him into the enclosure which made the authorities take action.

“Our deputy did everything he could do in that situation and he ultimately made the only possible decision he could in order to save this man’s life,’ Collier County Sheriff Kevin Rambosk made the statement.

“This was a tragic encounter at our world-class zoo facility. We value our community partnership with the Naples Zoo and their focus on conservation and education,” he added.