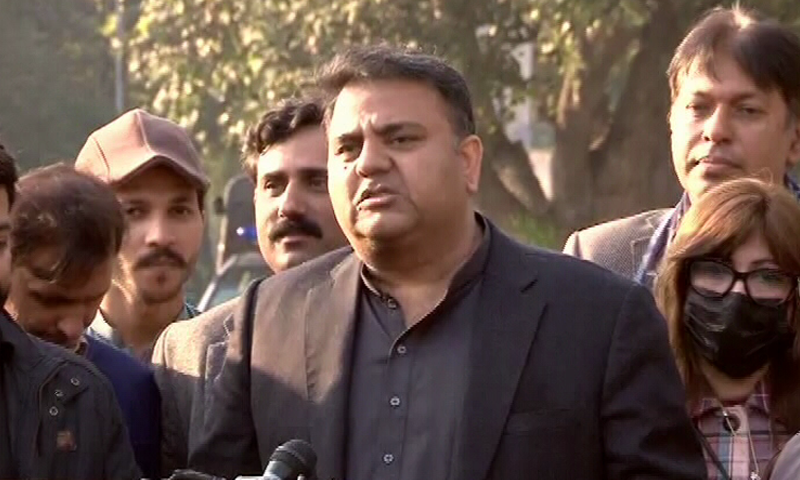 LAHORE: Minister for Information and Broadcasting Fawad Chaudhry said Pakistan’s political system headed in the ‘right direction’and masses are “not upset” with the government. Chaudhry, speaking to reporters in Lahore, said the PTI-led government freed Pakistan of loans worth $32 billion in the last three years, and had it not been for Prime Minister Imran Khan, the country “would have defaulted”.

“Today, even after paying off huge amounts in loans, Pakistan’s economic situation is still stable and will be “far better” by August 2022, he maintained.

Chaudhry said the incumbent government, besides “strengthening the economy”, introduced the “largest social protection programme” to improve people’s living standards. The information minister said Pakistan’s economy would witness a “significant improvement” in August or September next year due to the government’s policies.

Taking the Opposition to task, Chaudhry said PML-N President Shahbaz Sharif was left with only two options — either to go to London or jail. He said the government has requested the Lahore High Court (LHC) to conduct a day-to-day hearing of Shahbaz’s case so it can be concluded at the earliest.

Chaudhry said the media should analyse witness testimony and evidence by covering the LHC proceedings and evaluate whether Shahbaz was involved in money laundering or not, instead of giving coverage to his claims or remarks.

The minister said Shahbaz should not worry about the country, as it was moving in “the right direction” and the people “fully back” the Imran Khan-led government.

To a question, Chaudhry said the Opposition’s central leadership was “absconding” and as a result, the government was unable to hold talks with them.

The minister also highlighted the importance of the film and drama industry, by stating that “our stories have to be told through films and the way we ended our film industry was really unfortunate. We will now revive the medium to tell the story of Pakistan to the world.”

If Pakistan is floating today, it’s because of Imran Khan and the PTI’s economic team, claimed the minister.