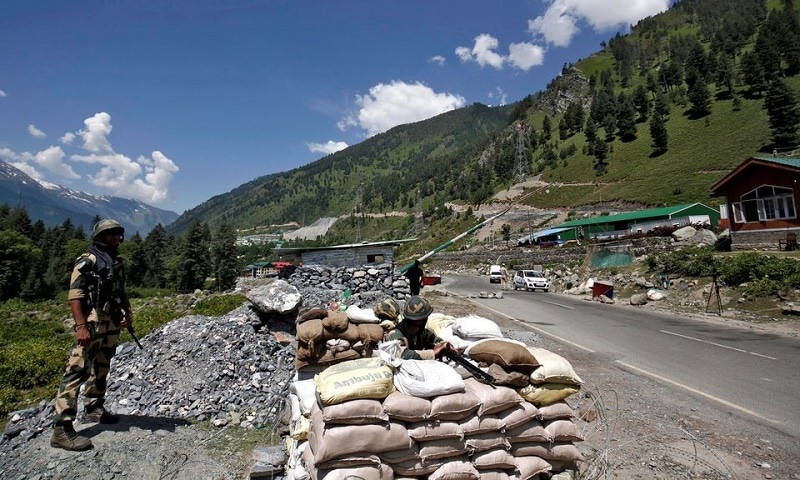 India hit out at China for giving “invented” names to several places in a disputed Himalayan region on their border as Beijing looks to assert sovereignty over the territory.

Several stretches of the lengthy frontier are disputed and relations have soured dramatically since 20 Indian soldiers died in a brawl in June 2020 on one section between Ladakh and Tibet. Since then, both sides have reinforced the region with thousands of extra soldiers and military hardware as multiple rounds of talks have failed to de-escalate tensions.

This week the Ministry of Civil Affairs said it had “standardised” the names of 15 places in Zangnan (“South Tibet”) — Beijing’s title for the region India calls Arunachal Pradesh — and gave them all formal Chinese names.

The renaming of residential areas, rivers and mountains followed a similar move in 2017 involving six other locations in the same area.

“Arunachal Pradesh has always been, and will always be an integral part of India,” India’s foreign ministry said on Thursday.

“Assigning invented names to places in Arunachal Pradesh does not alter this fact,” spokesperson Arindam Bagchi said in a statement.

Foreign ministry spokesperson Zhao Lijian said “Southern Tibet is in China’s Tibet Autonomous Region, and has historically been Chinese territory,” adding the renaming came within “the scope of China’s sovereignty”.

Tibet has alternated over the centuries between independence and control by China, which says it “peacefully liberated” the rugged plateau in 1951. It fiercely defends and militarises the Tibetan border and brushes aside any debate about Chinese historical ownership of the region.

India meanwhile sees China’s new Land Borders Law, approved in October and set to come into force on January 1, as a hardening of Beijing’s position.

India said in October that it expected that “China will avoid undertaking action under the pretext of this law which could unilaterally alter the situation in the India-China border areas”.